You are here: Home / NEWS / Elton John comes to the Sussexes’ rescue as he reveals he paid for them to fly to his mansion by private jet and made a ‘carbon neutral’ donation on their behalf 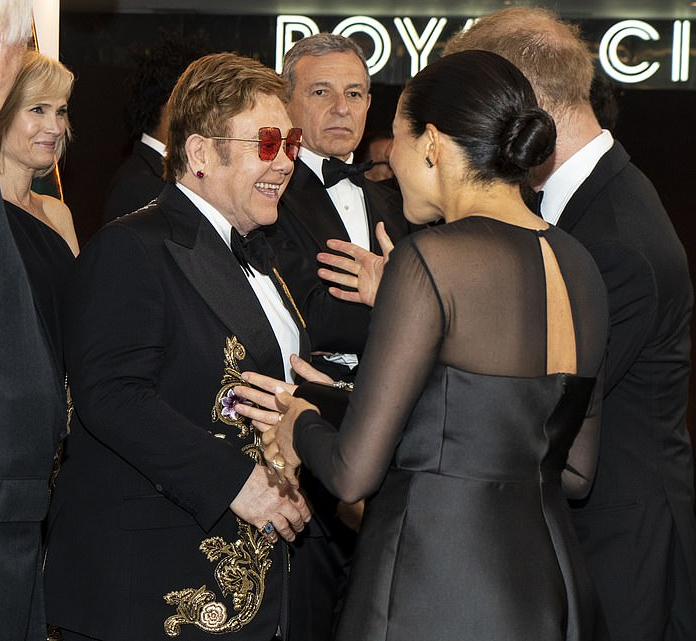 Sir Elton John defended the Duke and Duchess of Sussex after they had criticisms by environmentalist for flying by private jet four times in just 11 days.

The renowned 72-year-old singer confirmed he paid for Prince Harry and Meghan Markle to fly to and from his £15million mansion in Nice by private jet for a holiday “inside the safety and tranquillity of our home”. He said he had ensured Prince Harry and Meghan’s flight to and from the French Riviera last week were carbon neutral by making the “appropriate contribution” to a carbon footprint fund.

His statement comes days after Prince Harry and Meghan Markle were tagged “hypocrites” for calling for action on climate change yet flying by private jet.

The Sussexes, who have been outspoken on environmental issues in recent months, generated an estimated seven times the emissions per person compared to a commercial flight when flying home from Nice. This caused backlash and royal experts said the British public do not want to be “lectured on climate change by those who don’t do follow their own advice.”

Defending the royal couple, Sir Elton wrote in an Instagram post this afternoon that Harry’s late mother Princess Diana was one of his “dearest friends” and he feels a “profound sense of obligation to protect Harry and his family”.

RELATED:   See why this Lagos Doctor revealed 1 in every 10 Lagosian is diabetic (See photo)

I am deeply distressed by today’s distorted and malicious account in the press surrounding the Duke and Duchess of Sussex’s private stay at my home in Nice last week.

Prince Harry’s Mother, Diana Princess Of Wales was one of my dearest friends. I feel a profound sense of obligation to protect Harry and his family from the unnecessary press intrusion that contributed to Diana’s untimely death.
After a hectic year continuing their hard work and dedication to charity, David and I wanted the young family to have a private holiday inside the safety and tranquility of our home. To maintain a high level of much-needed protection, we provided them with a private jet flight. To support Prince Harry’s commitment to the environment, we ensured their flight was carbon neutral, by making the appropriate contribution to Carbon Footprint™

I highly respect and applaud both Harry and Meghan’s commitment to charity and I’m calling on the press to cease these relentless and untrue assassinations on their character that are spuriously crafted on an almost daily basis.