Empire star, Jussie Smollett, was brutally attacked by two homophobic men and he ended up in the hospital.

The men beat up Jussie Smollett, put his head in a noose and screamed, “This is MAGA country.”

Sources directly connected to Jussie tell TMZ, the actor arrived in Chicago from New York late Monday, and at around 2 AM he was hungry and went to a Subway with plans to get food. However, he was attacked.

RELATED:   Billionaire falls to his death while trying to take a Perfect Picture

When they saw Jussie, the men – both white – yelled: “Aren’t you that faggot ‘Empire’ nigga?”

They then viciously attacked Jussie. He fought back, but they beat him badly and fractured a rib. They put a rope around his neck, poured bleach on him and as they left they yelled, “This is MAGA country.”

Jussie was taken to Northwestern Memorial where he was treated. He was discharged later Tuesday morning.

Eight days ago, a letter for Jussie was sent to Fox Studios in Chicago with cut out letters spelling, “You will die black fag.” The envelope the letter arrived in appears to say MAGA in the upper left corner.

Chicago PD said they are investigating the attack as a possible hate crime, and they are canvasing the area for any video. 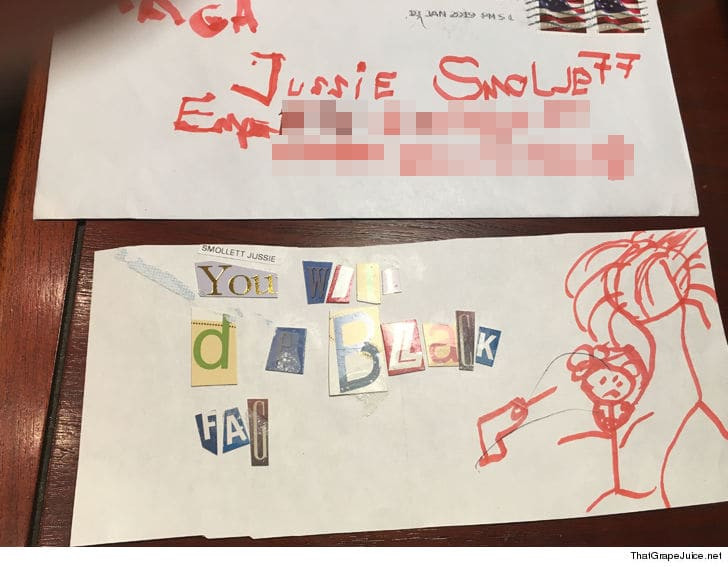