You are here: Home / NEWS / Every man is a womanizer, sticking to a man who cheats and looks after you means you’re wise – Shatta Wale explains

Ghanaian singer, Shatta Wale has said another controversial statement about cheating in a relationship just after his ex-fiancee, Michy accused him of abusing her after their engagement.

The Ghanaian dancehall singer who went off on a rant session on Snapchat, admitted that he is cheat but insisted that he is quite caring. He also described women that stick to their men no matter what they are subjected to as “smart women”.

RELATED:   We know you will love to see more of Idris Elba and Sabrina Dhowre’s Moroccan Wedding Pictures

See his posts below; 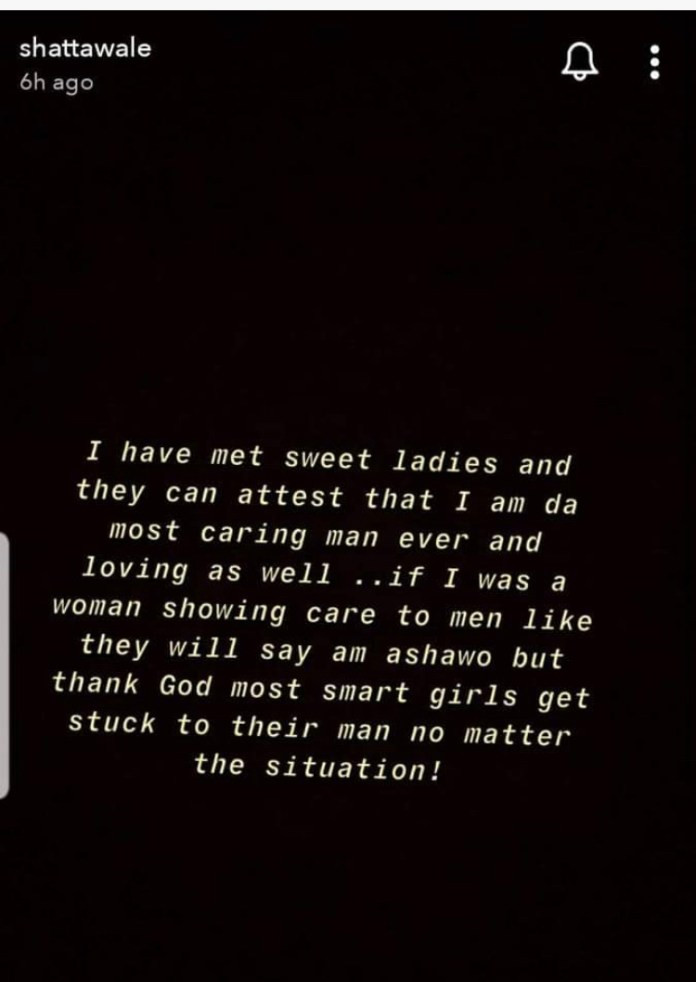 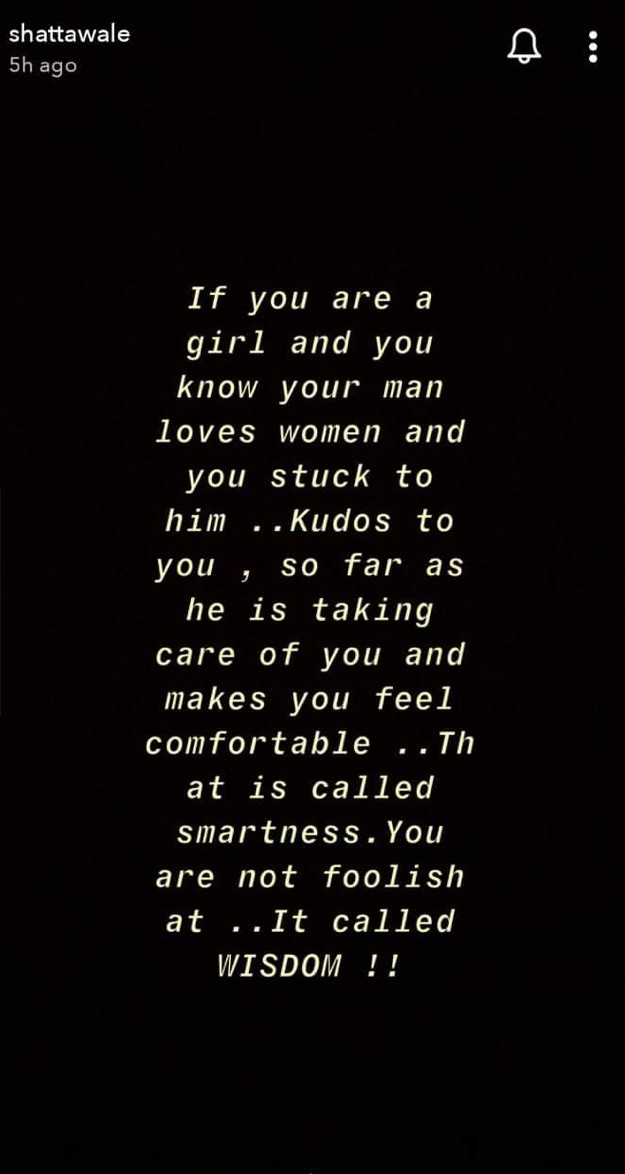 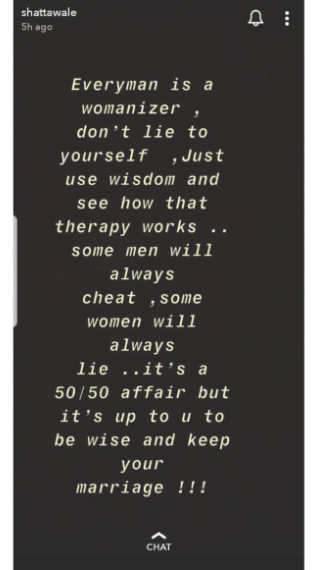