Hussle was fatally shot outside his clothing store in L.A. and the suspected killer, Eric Holder, is in jail awaiting trial.

The 21-year-old rapper sparked an angry backlash by fellow rappers after he was seen in an Instagram Story video discussing London’s current relationship status and suggesting he might be the man to take Hussle’s place.

“She finna be out here single! She finna be a whole widow out here,” Kodak said on Saturday. “I’ll be the best man I can be for her. I’ll give her a whole year. She might need a whole year to be crying and s-t for him.”

Atlanta rapper T.I. Harris was among the celebrities to denounce Kodak on social media. A video uploaded to social media on Tuesday shows busy workers removing a Kodak Black exhibit of paintings and photos at T.I.’s Trap Museum in Atlanta. The Trap Museum, which opened last year, documents the rise of trap music in the South.

RELATED:   R. Kelly appeals with judge to permit him to travel to Dubai to go work, says he needs money

After West Coast radio station Power 106 permanently banned his music from the airwaves, Kodak offered an apology to London in an Instagram Story video late Saturday,

“If I disrespected you, Lauren London, in any shape or form, I’m sorry, even though I didn’t [do anything wrong],” he said.

RELATED:   Man Hired 3 Prostitutes To Celebrate $96k Payday In US, But This Happened (Photos)

Kodak reportedly bit the high school student on the “neck and her right breast,” according to his arrest warrant. He was arrested and released on $100,000 bond.

He is expected to go to trial in the summer or early fall of 2019. 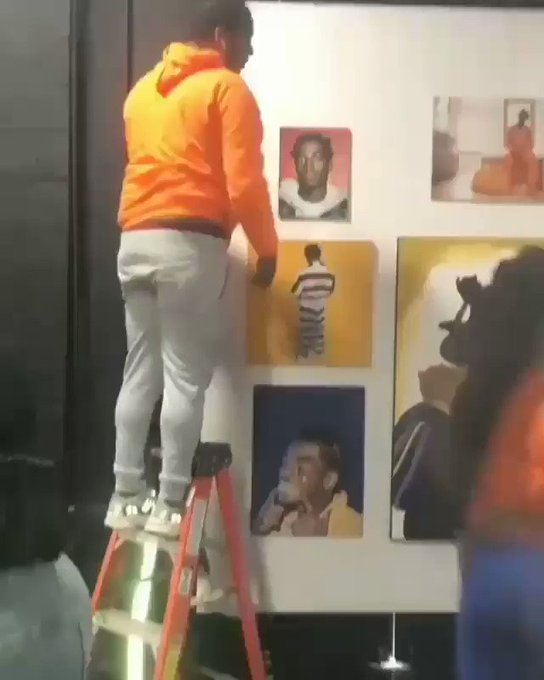