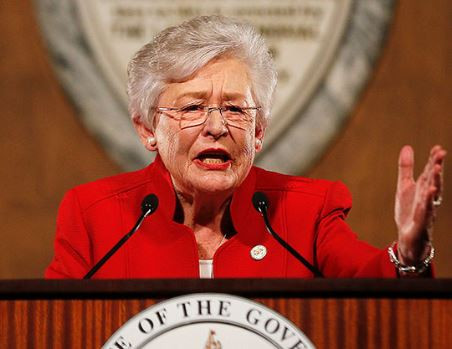 The law is taking its toll on child abusers. Governor of Alabama Kay Ivey has signed a bill into law on Monday night that would require the chemical castration of certain sex offenders as a condition of parole.

The bill, passed by the state legislature last week, requires male offenders whose offense involved a child under the 13 to “undergo chemical castration treatment in addition to any other penalty or condition prescribed by law.”

RELATED:   MAFS' Carly and Troy joke about THAT sexting scandal

Sex offenders are also required to foot the bill for the treatment but would “prohibit a person from being denied parole because of indigency.”

State Rep. Steve Hurst (R), who sponsored the bill and had backed similar measures for over a decade, reportedly said, “Not only did I want it to pass, I want to follow it on through to the future where we can try to improve it. One of the ultimate goals that I want to do is for us to track it and to make sure what medication works for what individuals.”

States such as Florida and California, have passed similar laws, but American Civil Liberties Union of Alabama Executive Director Randall Marshall told AL.com that the option has rarely been used and that it likely violates the Constitution’s ban on cruel and unusual punishment.

“It’s not clear that this actually has any effect and whether it’s even medically proven,” Marshall said. “When the state starts experimenting on people, I think it runs afoul of the Constitution.”

State Sen. Cam Ward (R), the bill’s state Senate sponsor, said the law was unlikely to be frequently applied, as most people convicted of sex offenses against children will not be up for parole.

Do you think it is a good cause?