You are here: Home / NEWS / Fani Kayode blames RCCG after one of its gospel ministers ‘committed suicide over accommodation issues’ in Abuja 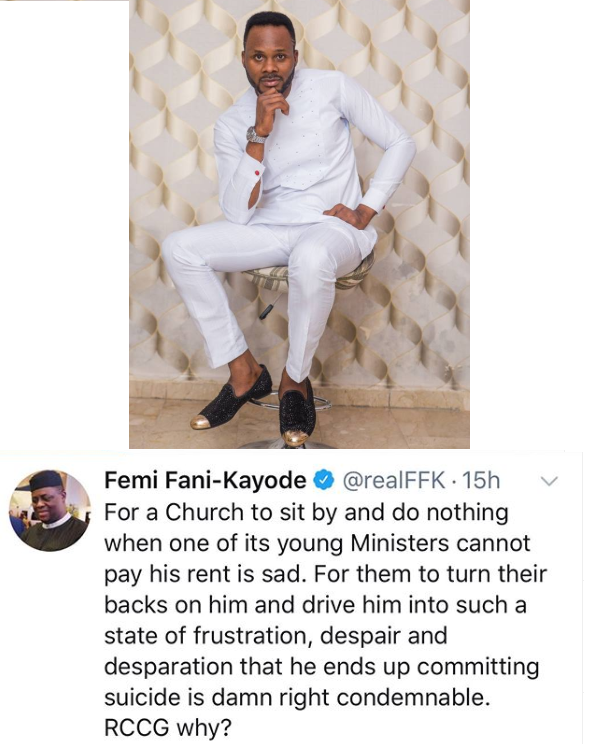 After Michael Arowosaiye’s suicide, a lot of criticism has arisen and FFK has his own say. Popular activist and former Minister of Aviation, Femi Fani-Kayode, FFK, has condemned the Redeemed Christian Church of God, RCCG, after one of its gospel ministers allegedly committed suicide in Abuja.

Michael Arowosaiye, reportedly hanged himself with a belt on Tuesday, May 14, 2019, at a home in Sunnyvale Estate in Abuja.

However, reports have it that he went into depression due to accommodation issues he was facing.

Reacting to the sad news on Twitter, FFK wrote:

For a Church to sit by and do nothing when one of its young Ministers cannot pay his rent is sad. For them to turn their backs on him and drive him into such a state of frustration, despair and desparation that he ends up committing suicide is damn right condemnable. RCCG why?