The federal government has ordered an intensified screening of passengers and luggage on news that the Islamic State of Iraq and Syria is planning to attack commercial flights, Cable reports.

“Available reports reveals that Al-Abd al-Faqir media, a pro-Islamic State of Iraq and Syria (ISIS) media outlet, on April 26, 2018, warned that ISIS plans to attack commercial fights and bring “bloodshed to the skies”,” the letter referenced H.150/S.91/56 and dated May 25, 2018 read.

“The warning, which was issued in English, French and Arabic was distributed by Telegram and other online fora and was accompanied by an image of a clean-shaven dark-haired white man sitting on the aisle seat of a flight with a knife in his hand.”

“The ISIS appears to be re-strategizing with more focus on the Middle East and Asia, following the loss of most of its territory in Iraq and Syria.

“Although Africa appears not to be on ISIS immediate focus, the return to Africa of former ISIS fighters from Iraq and Syria as well as the existence of ISIS-linked groups such as the technically suave Abu Musab Al-Barnawi-led Boko Haram faction calls for increased vigilance in the aviation sector, to counter possible new strategies in the ISIS terror campaign.

“From the foregoing report, rigorous vetting of airline personnel and screening of passengers as well as increased vigilance on restricted areas at airports are advised.” 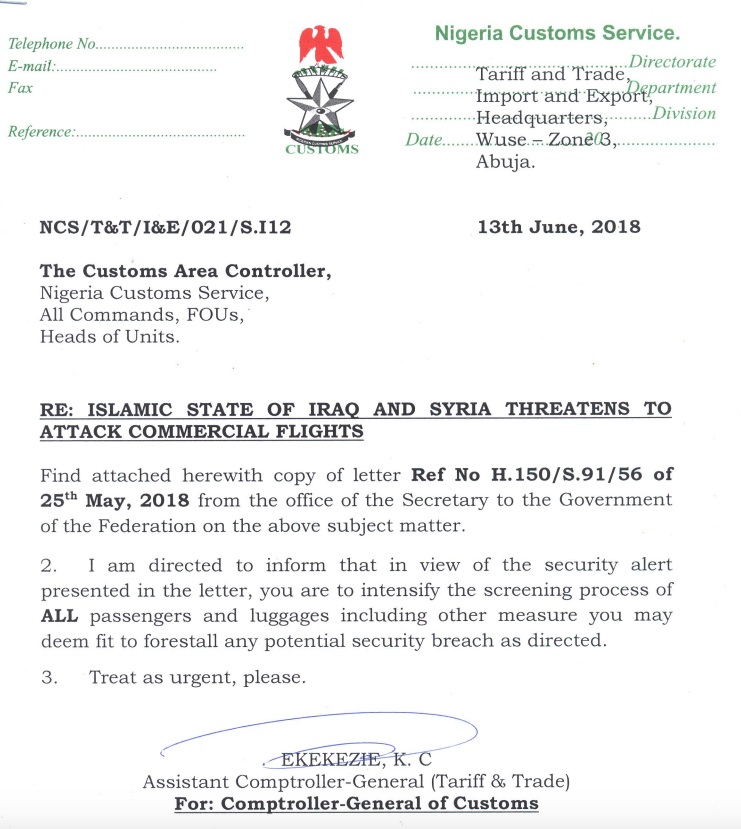 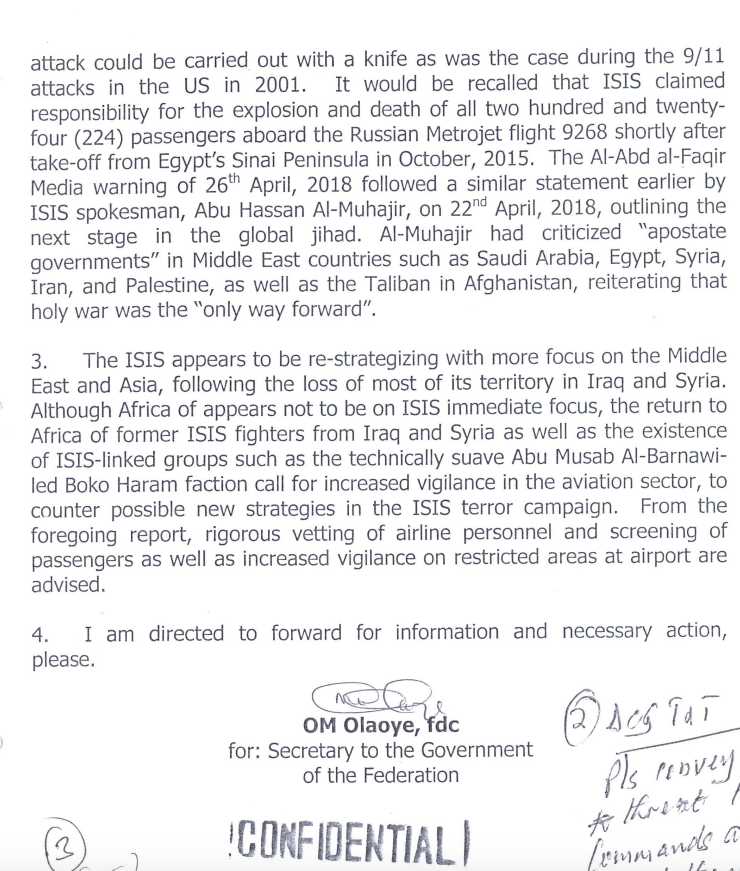