The office of the Federal Government of Nigeria has released the timetable of events leading to the celebration of the country’s 59th Independence anniversary.

In a press release signed by Willie Bassey, Director (Information) at the Office of the Secretary to the Government of the Federation, the anniversary will celebration will commence on Monday, September 23, with a press conference at the National Press Centre, Abuja.

September 30 is for youth enterprise summit and concert; while Tuesday, October 1 is for Independence parade, to be concluded with a gala night.

RELATED:   Best Buy's CEO led the retailer in an incredible turnaround ' here's how the company is defying the retail apocalypse (BBY)

See the timetable below… 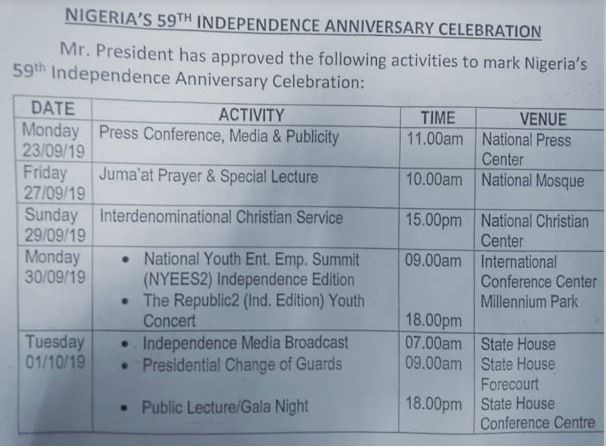