You are here: Home / NEWS / Football legend, Zlatan Ibrahimovic names himself in all positions 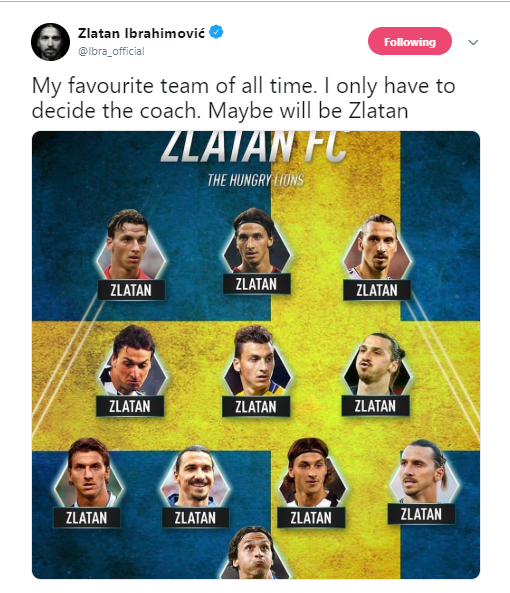 Zlatan has been trending on Twitter but it’s not Zlatan Ibile, it’s the football legend, himself, Ibrahimovic. He has often referred to himself as the best player in the world ahead of Cristiano Ronaldo and Lionel Messi has revealed his XI of all time and surprisingly, the 37-year-old football legend named himself in all XI positions.

The Swedish footballer who currently plays for LA Galaxy in the MLS revealed this via his social media accounts.

Zlatan has played in clubs such as Ajax, Juventus, Inter Milan, Barcelona, AC Milan, PSG, and Manchester United, racking up 438 goals and 170 assists in 725 games. 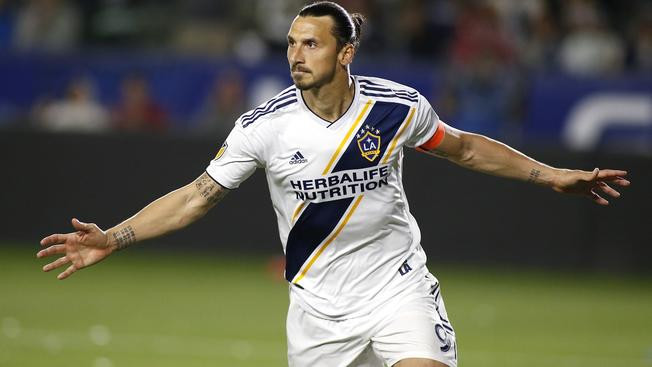