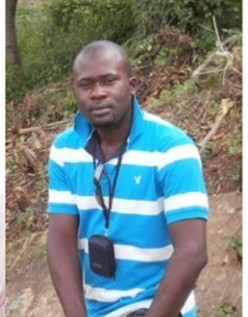 A lecturer in the Department of Geology in the Federal University of Technology, Minna, Niger state, has been dismissed by the management of the institution over sexual harassment.

Omanayin Yunusa Adinoyi is alleged to have sexually assaulted a female student in his department who took his course. An investigation was carried out after the case was reported and the outcome of the investigation led to his dismissal.

A lecturer, who pleaded for anonymity, said the case has been on for about three months after a committee was raised to investigate the allegations.

According to him, there were discriminatory pieces of evidence against Adinoyi as the student involved provided an audio recording of their conversation and the act.

It was however learnt that Adinoyi and the student have been dating for a while.

“It is not as if he forced her; it was a mutual affair, and we don’t know why the girl blew the lid.

“He was not dismissed because he slept with the girl; the University is angry that the act was committed inside his office because the evidence and tape did not show he forced her.

RELATED:   Osun: Towards A Worthy Successor

“It is also not clear that he has not been intimidating the girl since she is a student in his department. And there was no way he could have exonerated himself that he did not use his position to intimidate the student. All evidence was against him,” the source explained.

RELATED:   Piers Morgan insists that Kylie Jenner only became the youngest self-made billionaire because Kim Kardashian made a sex tape

It was learnt that the dismissal was approved during the University Council’s 131st meeting presided over by the Vice Chancellor (VC), Prof. Abdullahi Bala. The decision was reached after the investigative panel found Adinoyi guilty of an inappropriate relationship with a female student.

The VC said Adinoyi’s dismissal would serve as a deterrent to others as “the university has taken further steps to ensure total elimination of sexual harassment in FUT, Minna community.”