You are here: Home / NEWS / Guys that kiss and tell are childish- Swanky Jerry 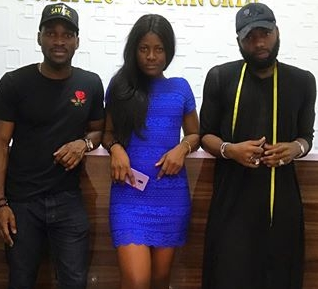 Alex’s friend and celebrity stylist, Swanky Jerry, has given his 2 cents on the sex scandal of BBNaija ex-housemates, Tobi and Alex.

Recall that in the BBNaija reunion last night, Cee-C revealed that Tobi told Miracle that he had sex with Alex shortly after they left the Big Brother house. Reacting to the revelation, Swanky Jerry in a post shared on his IG page this afternoon, said any guy that kisses and tell is childish. Swanky wrote

Do not kiss and tell .
just eat the ??and shut up about it.
I can’t stand a kiss and tell ass nigga .
If you gotta tell a story every time you get your wet , then you childish .
A real nigga ride in silence.
Real men don’t talk about their sexual conquest or call a woman out of her name . My father once told me “No matter if a woman is a sinner or a saint when you lay with her you become her equal . So no matter what you feel about them it’s also a reflection of yourself ….. ???? 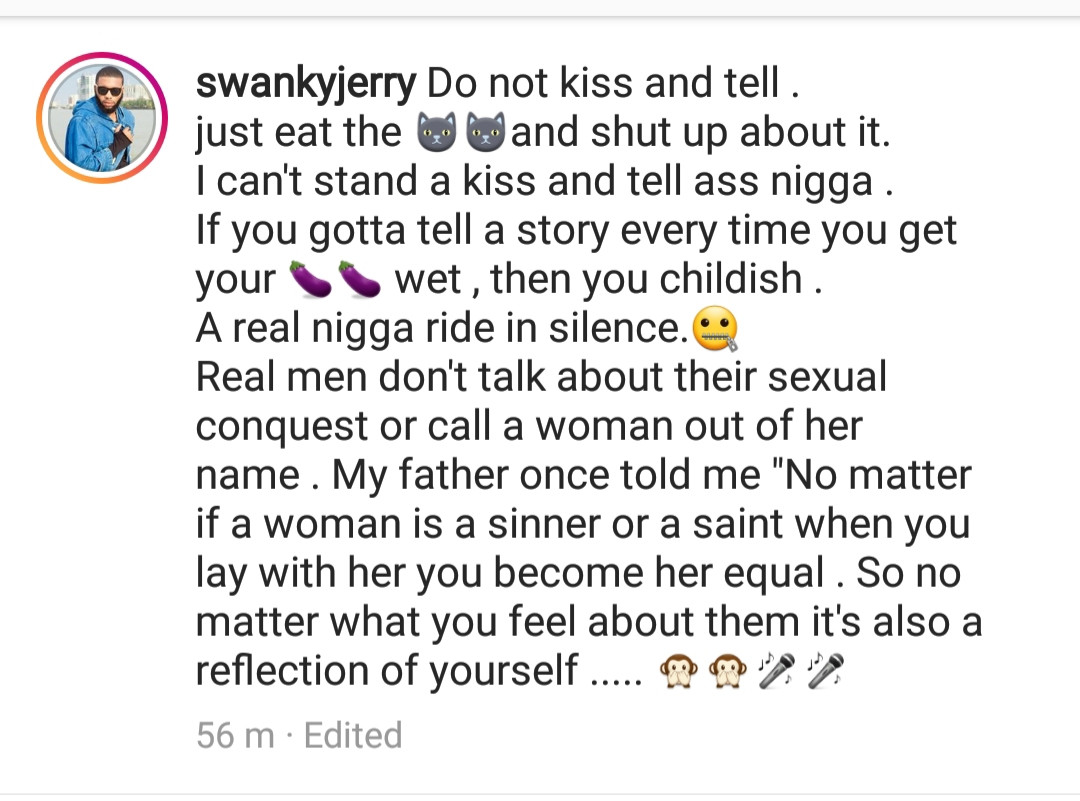 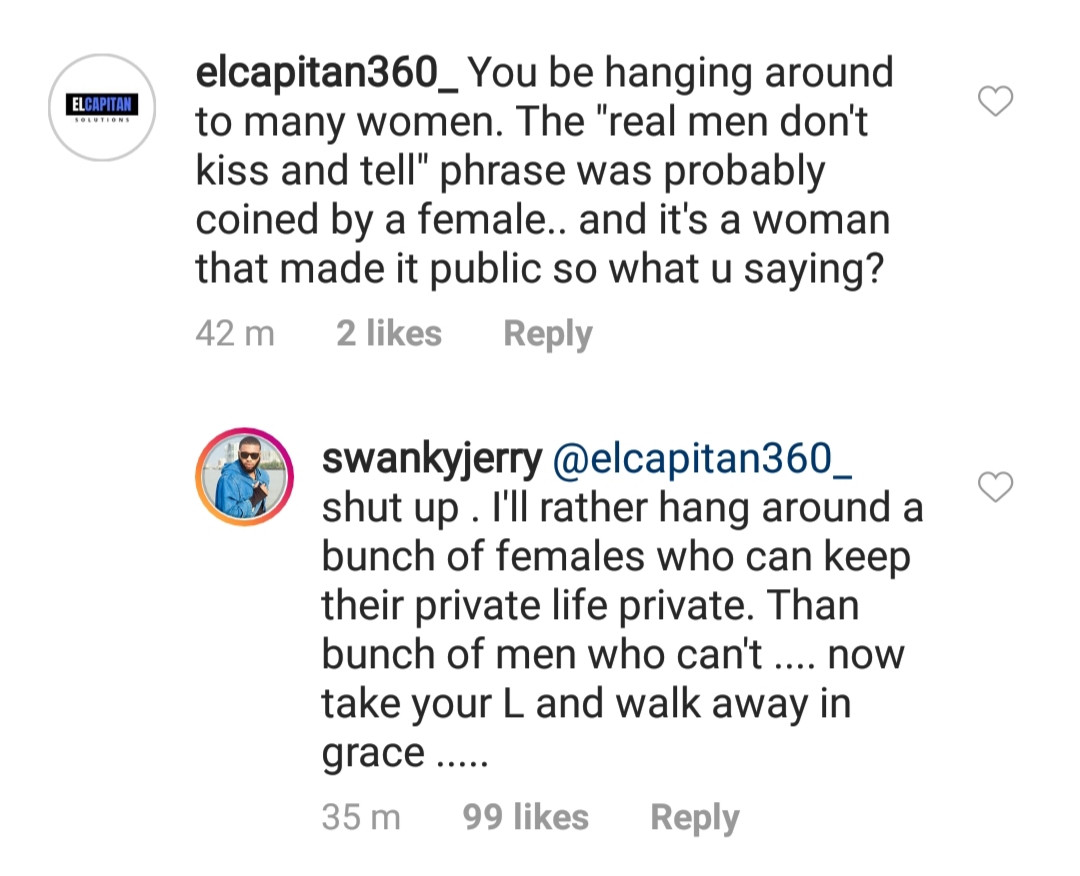 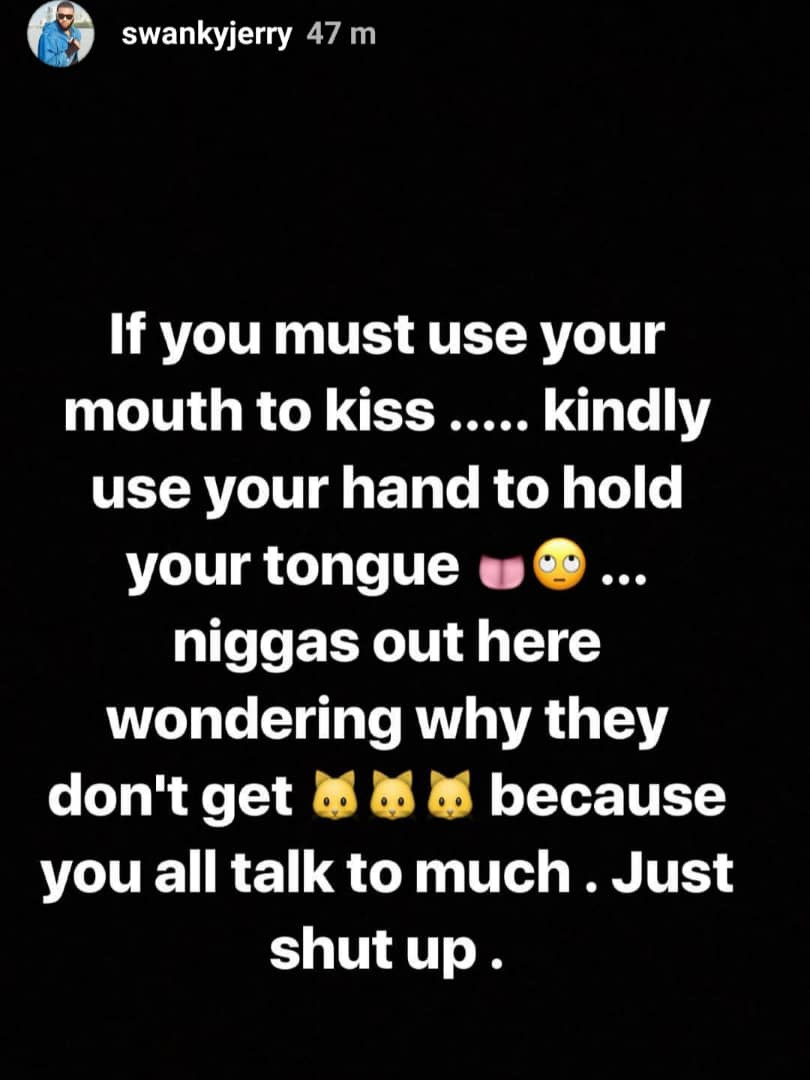 RELATED:   Court dismisses charges against Justice Ademola and his wife