You are here: Home / NEWS / ‘He was cusssing my mum and giving me the middle finger’ – Alex Iwobi explains what transpired between him and fellow black man during a match 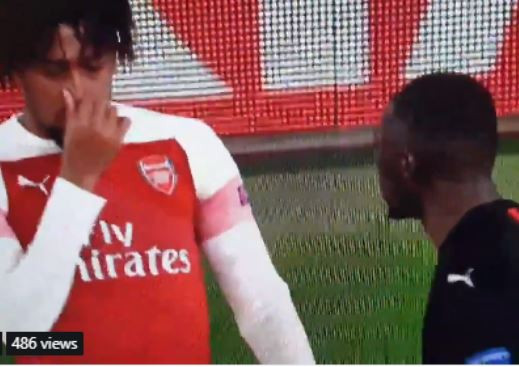 Arsenal and Nigerian footballer, Alex Iwobi came under fire for being disrespectful to a fellow black man during Arsenal’s last Europa game.

In the video that immediately went viral, Iwobi was seen covering his nose in disgust and backing away when the other black player tried to speak to him, insinuating the man has mouth odour.

In his response, Alex Iwobi had a chat with famous Arsenal fan,  Kelechi Anyikude on Snapchat where he explained that the player was cussing at him, his mum and putting up the middle finger at him.

See his explanation below…

RELATED:   Banky W vows to publicly publish his salary and allowances if elected as a Legislator- 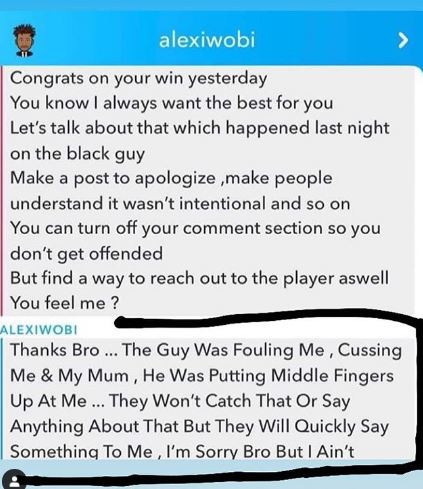