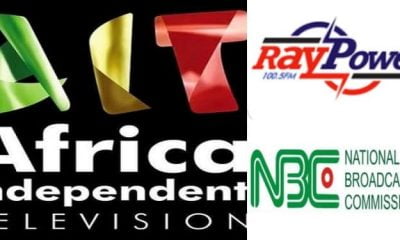 An order has been sent to the Nigerian Broadcasting Commission, NBC, to re-open the African Independent Television (AIT) and Ray Power FM. This comes from Justice Inyang Ekwo of the Federal High Court in Abuja.

The broadcasting regulatory body on Thursday, June 6th, suspended indefinitely the license of the two stations owned by Raymond Dokpesi for violating its guidelines. NBC said both stations failed to heed to the several warnings given to them.

DAAR Communications on Friday, May 31st, filed a suit before the court. In the court paper filed through its counsel Mike Ozekhome,  the media company asked the court for an order “restraining the defendants from blocking, jamming, stopping  removing from air and/or interfering with the air waves of the plaintiff/applicant (Daar Plc) in any way and manner howsoever called from invading the premises of the plaintiff/applicant (Daar Plc) or closing down, viet armis, the said premises, its operations or broadcast services, pending the hearing and determination of the motion on notice filed along with this application.”

Delivering judgement in the case today June 7th, the presiding judge, Justice Ekwo, ruled that the NBC and the stations must maintain status quo as of May 31 when the suit was filed.

He adjourned the case till Thursday June 13th, expecting the NBC to come forward and show cause why the motion on notice challenging the licence withdrawal should not be granted.

RELATED:   Amaechi tells Nigerians that he suffers hunger too