You are here: Home / NEWS / Huge crowd gather in Houston to pay respects to Nipsey Hussle 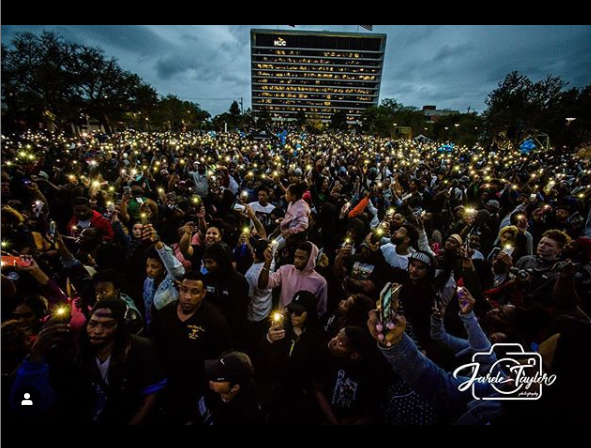 A huge crowd gathered last night in Houston, Texas to pay their respects to rapper Nipsey Hussle who was murdered on Sunday in Los Angeles. Fans of the slain rapper decided on marathon memorial events for Nipsey in different states in America.

The memorial in Houston took place in Midtown Park last night. Videos shared online show the crowd chanting Nipsey and also singing some of his songs. Balloons were also released into the sky for Nipsey.

Detroit also participated in the marathon.