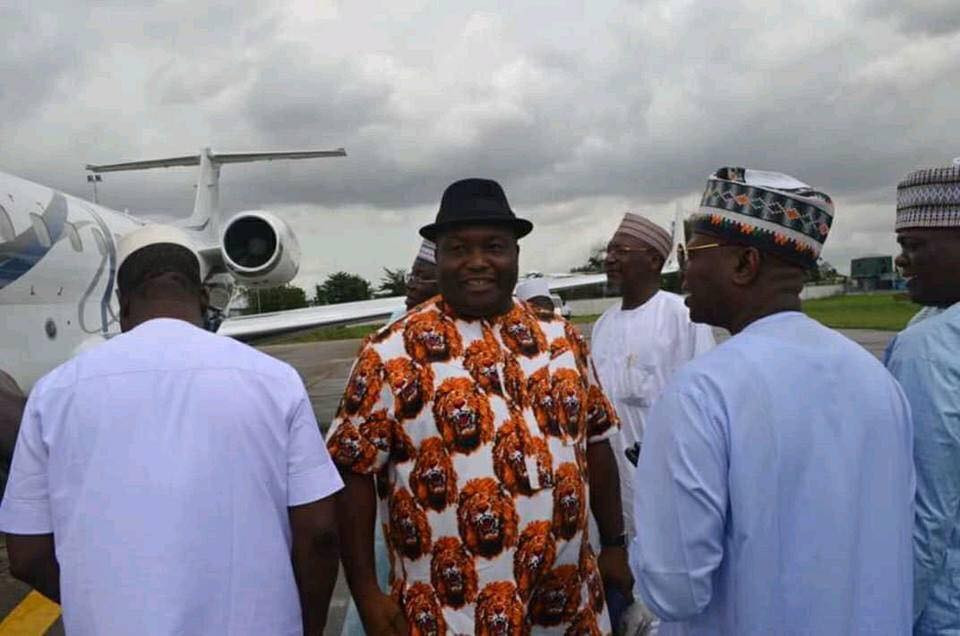 Speculations have been flying around that Ifeanyi Ubah of YPP has defected to APP. However, Dr Ifeanyi Ubah, Senator-Elect, has denied defecting from the Young Peoples Party YPP to APC. APC National Chairman, Adams Oshiomole, yesterday announced that the oil magnate had crossed over to their party. Ubah also laid credence to Oshiomole’s claim after he attended a dinner President Buhari hosted in honor of all APC Senator elects last night.

However, in a statement released this morning, Ubah said he has not defected to the ruling APC. The statement in part reads

“Yesterday I was in Lagos with the Leadership of the Senate and over 20 other senators- elect to brief the press , after the briefing I invited our trader brothers from Trade-fair Lagos to meet the senators over the tussles our brothers are having with BPE over their assets and the rumors of privatizing the market.

Luckily, Senate Leader and by God’s grace, the incoming Senate President was the chairman that resolved BBA issues in 2011 with BPE( bureau of public enterprise) and made the recommendations that they are enjoying till date and he promised to swing into action immediately to resolve their current issues again and we left Lagos to Abuja for a dinner with Mr President and APC Senators and their caucus. In the dinner, the APC Chairman introduced me as a potential APC incoming Senator, this was his quote and his view of which he’s doing well in marketing me but I know my mission and have not changed from my last statement of last week. The most important thing is that I’m caucusing with the ruling party and presently have more value as a YPP senator.

I am making this forum of my constituency, Nnewi North square as the only only medium to express my view and will advise those our brothers who delight in spreading false news or are happy in maligning characters to quickly desist from such. This is a time to think about what will benefit our constituency. I will always keep you Informed as things unfold but have it at the back of your heart that I won’t be that cheap a senator .
Will forward videos of my activities in Lagos that concern our people which to me is a huge success.
God bless you all.
Dr Ifeanyi Ubah ( YPP Senator Elect)

RELATED:   Politics: Trump reportedly wanted to get McMaster out of the White House with a promotion — instead he's leaving the military altogether