You are here: Home / NEWS / Ike Ekweremadu says his attackers were on drugs and he has forgiven them 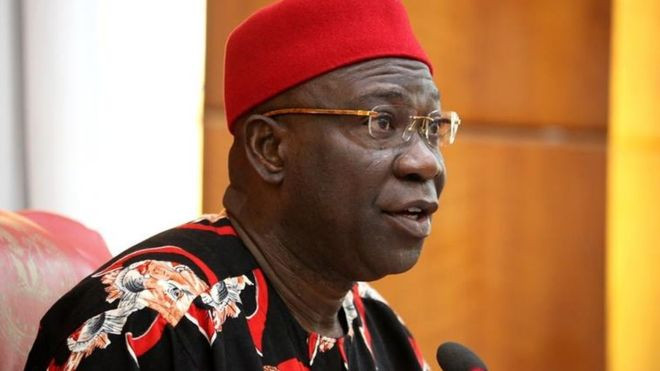 Ike Ekweremadu, the former Deputy Senate President, who was attacked by IPOB members at the New Year Festival celebration in Germany on Saturday, August 19th, has said that his attackers were heavy on drugs and alcohol and that he has forgiven all of them.

Ike Ekweremadu made this known shortly after his return to Nigeria on Monday, August 19th. Speaking with journalists at the airport, Ekweremadu said

“I had a feeling that they were under the influence of alcohol and drugs. They did not represent the feelings of our people. I have forgiven them and I have moved on. The government of Germany is free to do whatever they want to do about their case.”