You are here: Home / NEWS / In honour of the slain rapper, Crenshaw and Slauson intersection will be named “Nipsey Hussle Square” 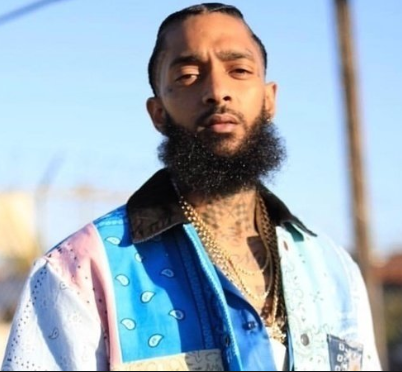 According to the Councilman Marqueece Harris-Dawson, the Los Angeles City Council is expected to rename the intersection of Crenshaw Boulevard and Slauson Avenue to “Nipsey Hussle Square.”

Councilman Marqueece Harris-Dawson said he will officially submit a motion on Friday to change the name of the South L.A. intersection in honour of the slain rapper.

RELATED:   Did Zayn Malik and Gigi Hadid just break up?

Councilman Marqueece Harris-Dawson tweeted: “This week, I will officially submit a motion to name the intersection of #Crenshaw and #Slauson as “Nipsey Hussle Square”. #NipseyHussle”.

Nipsey Hussle, whose real name is Ermias Asghedom, had a song called “Crenshaw and Slauson (True Story)”. The video for the song features real people from the Crenshaw neighborhood, where Nipsey Hussle grew up. His store, Marathon Clothing, where he was shot, is also located at this intersection.

The call to change the name began with fans of the rapper. They started a Change.org petition to urge the city council to submit the motion. So far, the petition has nearly reached its goal of 500,000 signatures, and got the councilman’s attention.