Beautiful Rebecca is completely heartbroken after her man, to whom she was about to wed was killed some days to their wedding. It seems they have kids already.

Rebecca, in a post on Facebook, wrote;  “Evans Araka my love very hard to believe you’re gone sitting here at Chiromo waiting…… everyone in tears am so torn apart…. confused… what will I do with the wedding gown….. what will I tell the children….. terrorism has robbed us — feeling sad.” 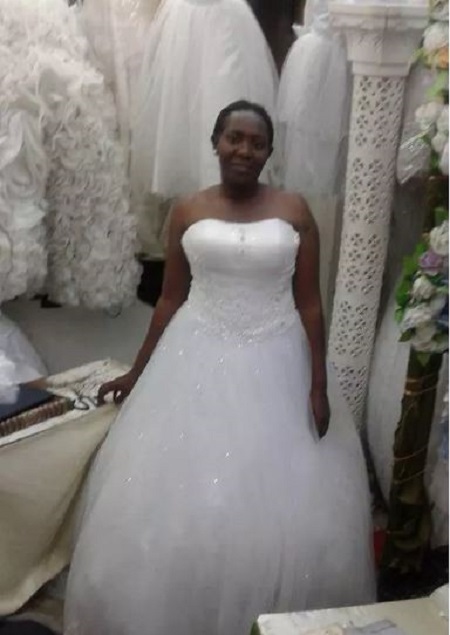 Read the sad story below: The tragic incident occurred when Al-Shabaab insurgents descended on the Kenyan town of Mandera town on the night of Thursday, October 6.
RELATED:   LOL! See the End-Time Poster found in Asaba, Delta State (Photo)

According to reports, the terrorists mercilessly butchered six non-residents in Bulla area of the town.

Eyewitnesses said that the attackers selected Christians and butchered them. Among those brutally killed in the attack was a middle-aged man identified as Evans Araka.

Araka was a humanitarian aid worker working in Mandera with the Islamic Relief Kenya foundation.