You are here: Home / LIFESTYLE / What?! There’s a new kind of marriage, the three way marriage (see shocking details)
Mad people everywhere, there would soon be protests to allow three people marry each other, watch out! An American couple have concluded plans to allow the man marry a 20 year old woman as part of their family. 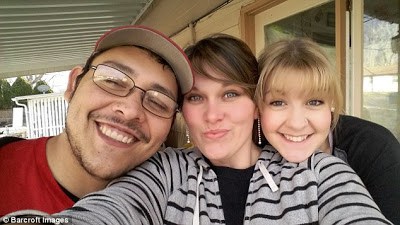 The couple, who share their bed with the lady, have revealed the secret to relationship bliss after having the lady live in their home.

Mother of two, DeAnna  Rivas, 27, from Florida, says the unusual situation was made possible after she invited her girlfriend Melissa James, to come help take care of her two children, and after which the friend slept with the couple on the bed she shared with her husband. 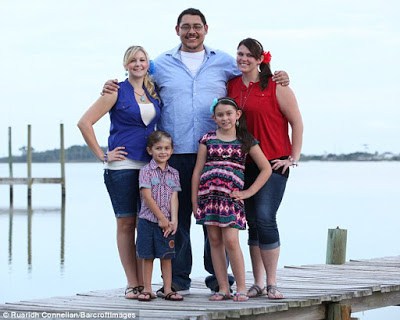 DeAnna Rivas came up with the idea after she realized her marriage was having setbacks and she wanted to spice it up. She concluded that only a relationship with a woman could fill the void in the union.

The husband, Manny, had been cynical at first and wasn’t in support of the arrangement, but soon found out that he enjoyed having a third person in his marriage.

RELATED:   Man with two wives in Warri finally reveals why he married them on the same day 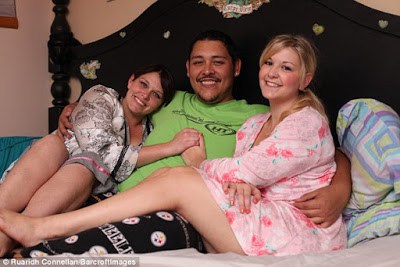 Manny said he soon found out that having a third partner was beneficial in both the physical side and in the bedroom.

In his words, “Sexually it is very interesting. We open up our marriage and our bedroom. We do everything.”

The three, who share parenting duties over Deanna and Manny’s children -Vaneza and Gabriel – plan to marry each other in the future. Although the marriage will not be legal in their home state of Florida, USA. But is this not the usual polygamous marraige?