He may not be known to football followers of this generation as the name Dejo Fayemi may not easily ring bell to those who are still below the age of 50.

Yet, he was one of the early generations of super strikers. So good he was that the legendary musician, Ebenezer Obey in one of his evergreen songs of the 1970s mentioned him as an example of good talents in football.

Pa Fayemi, 83, was reported to have taken an eternal sleep last Friday in Ibadan. He held the record of being the first Nigerian to score in a World Cup qualifying match. 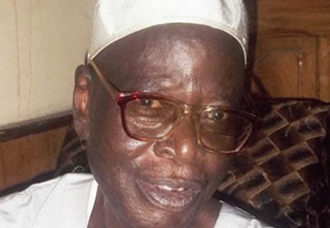 Fayemi scored again in the return leg match in Lagos that ended 2-2. Till date, Nigeria’s number of goals has risen to 170 making the Super Eagles the second team behind Tunisia as side with most goals in all-time ranking of scorers among African teams in the World Cup qualifying series.

What a coincidence that Nigeria’s first scorer in the World Cup qualifying series died in Ibadan, the same sprawling city where RashidI Yekini, the first Nigerian scorer at the World Cup, also died.

Fayemi, an inside left player for the Ibadan Lions in the late 1950s made his debut for Nigeria in 1959 in an Olympic Games qualifying match against Ghana.

He had 15 appearances for the national team and scored seven goals before venturing to Britain to further his studies. Noted for his parabolic shots at goal, he inspired the Ibadan team to Challenge Cup finals in 1959, 1960 and 1961.

His team lost only the 1960 final to the then ECN. He was at the centre of controversy in the 1961 final replay between Ibadan and Lagos UAC. It was believed that Fayemi, who at the time working with the Ibadan branch of UAC, was deliberately sent abroad at the time as a ploy by UAC to see him out of the cup final.

Fayemi had been a match winner for Ibadan for years and was due to travel to the United Kingdom for further studies just before the replay of the final match against Lagos UAC.

It was further argued that another player, Kaiser Blankson who was also a player of Lagos UAC was also due to travel and would miss the cup final.

Owing to the controversy, the UAC firm issued a press statement that Fayemi joined the staff of their Ibadan branch in June 1959 and resigned on September 1961.

It stated further that the player indicated he was going to UK on October 5, 1961 for further studies as a private student. On the eve of the cup final replay when Fayemi was travelling out of the country, he was very sad that neither the Western Region FA nor the Ibadan Divisional Amateur FA were at the airport to see him off.

He explained further that his school in UK opened since September 26, 1961 and that he had told the football officials of his plans to leave on the eve of the Challenge Cup final on September 29, but was convinced to stay till after the match.

No one envisaged that the final would go into a replay. Ibadan however won the replayed match. May Pa Fayemi’s soul rest in peace.

RELATED:   For the love of Barcelona FC, See what this Die hard Nigerian Fan did (Photo)