During King Sunny Ade’s Sunday concert, the Juju maestro had a lot of great performances as well as surprises.

One of the most talked-about aspects of the concert was the auction sale of the legend’s Fender guitar for N52.1 million.

Although the initial auction price was N9m, many in the crowd were shocked when the bidding war intensified and the price tag was continuously raised. 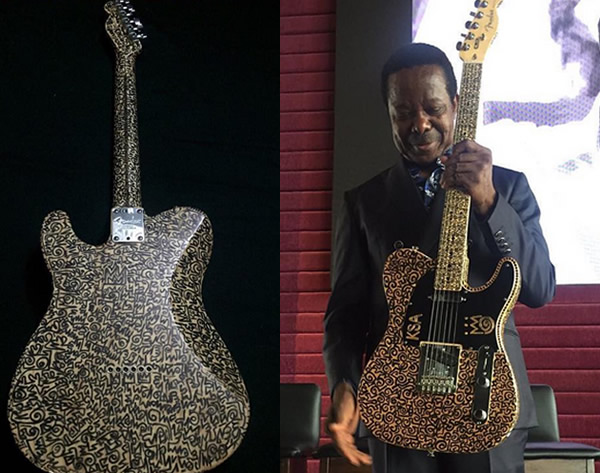 Victor Ehikhamenor, artiste and writer, was responsible for designing the now-historic guitar.

Sunny on Sunday was the grand concert of the month-long celebration of King Sunny Ade’s 70th birthday.

Funke Akindele, Lolo Omotunde and comedian Tee A, served as hosts for the night.