You are here: Home / NEWS / OMG! Why this Housewife stabbed her husband to death will shock you

Na wa oh! A young housewife in Sabon Gari, Zaria is being accused of stabbing her husband to death over argument on N200 meant for soup ingredients.

The lady, Zainab Hamisu, who was residing with her late husband, Suleiman Abubakar, 25, at Alhaji Hussaini Nagaje Street in Unguwan Jaba, Sabon Gari, Zaria, was alleged to have committed the act after Abubakar had demanded an explanation on her failure to cook for the family.

An elder brother of the deceased, Isa Abubakar, said: “At about 9am of last week Thursday when I was on my way to my place of business, a young girl accosted me, saying that I should quickly come, because Zainab has stabbed Suleiman with a knife and his intestines were out.”

RELATED:   Suicide | Read the shocking news of another Nigerian Doctor

“I rushed to the house and met him writhing in pool of blood.” Abubakar narrated 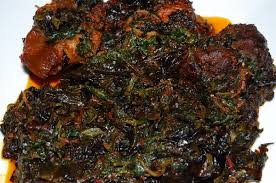 “I found a wrapper in the room and tied the stomach. We rushed to Major Abdullahi Memorial Hospital, but doctor on duty insisted that we must inform the police first since it was not an accident. I avoided calling the police, because I regarded the issue as a family affair. But we had no option than to call them and they arrested her.”

RELATED:   Gbenro Ajibade Explains his Use of the Rainbow Emoji in recent Photo

Abubakar said it was the deceased that told them what transpired between him and his wife before he died.

He added; “he said he gave her N200 to buy soup ingredients to cook for them. But when he asked for his food, she told him that she has used the N200 to pay her tailor for the clothe he sewed for her.

My brother told her that food was more important than dress. Argument ensued between the couple and Zainab allegedly insulted him and he in return used his hand to hold her mouth. While he was holding her mouth, she found a kitchen knife and stabbed him.

Three days after, he died” he concluded.

Zainab’s grandfather, Sama’una Maikaji, said they were disturbed by their daughter’s act, saying that the marriage was just about 14 months old.

The Sabon Gari Kasuwan Mata Divisional Police Officer (DPO) was said to be not available when our correspondent visited, while Kaduna state police command’s public relations officer, ASP Aliyu Usman, did not pick his calls. However, a police source at the division had confirmed that Zainab, with her 30-day-old baby are still in police custody.
Source: Dailytrust