You are here: Home / ENTERTAINMENT / Snitch Lady AKA Kemi Olunloyo makes shocking Revelation about Toyin Aimakhu’s ex-lover, Seun Egbegbe the iPhone thief
Kemi Olunloyo, the controversial reporter and daughter of former governor of Oyo State, Victor Omololu Olunloyo, has disclosed that she continued her investigation on Toyin Aimakhu’s ex-lover, Seun Egbegbe, who allegedly stole nine iPhones in the popular computer village in Ikeja, Lagos State.
It can be recalled that the Yoruba movie producer and actor, was attacked some weeks ago for allegedly trying to steal nine iPhones, from a store. He was later arraigned by the police before an Ikeja Magistrates’ Court and granted N2m bail.
Barely a month after Egbegbe’s iPhone theft saga, he reportedly jetted out of the shores of Nigeria and is currently cooling off in Malaysia.
In Kemi Olunloyo’s latest update she posted on her Instagram page @HNNAfrica, the self acclaimed Snitch Lady said;
“Yet another #Ibadan theft case where Seun @egbegbe_1 has been accused of trying to swap dollars for naira in a furniture store underpaying them and fled away in a Volkswagen Golf when he almost got caught.
“Another popular gadget store minutes ago in #Ibadan says he stole 3 iPhones and 2 ipads and they are ready to testify.
“I will compile all these cases and post them also urging victims to come forward to police to get a day in court and restitution for your stolen goods. 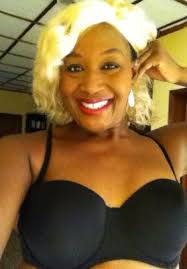 “HNNInvestigates was first to tell you that Egbegbe was using ritualistic charms to hypnotize sales people and also was overheard at Kirikiri during his bail detention as saying “I steal for a living and use movie production as cover up” something he now denies.
“Egbegbe is out of the country in #Malaysia. #hnncrime has tweeted #malaysianpolice in hopes of extraditing him at least for his Computer Village case of nine stolen iPhones where he was caught red handed and beaten by the public.
“Last year at Onaj gadgets in Ring rd #Ibadan he got over 10 phones at Onaj taken to his car by a sales staff Seye in hopes to pay the next day.
“The next day Seye called Seun and was told he traveled. The second time the sim card was no longer in use and Onaj lost money and got Seye arrested, charged and detained.
“The owners had no idea why a salesman would give over 10 phones to a customer without paying. Due to the health of Seye’s elderly parents, he was later released as that arrest almost killed them having to see their innocent son possibly sent to prison.
“Egbegbe almost ruined an innocent man’s life.
“When the Computer Village iphone theft happened, Seye confirmed to police that it was the same guy who ripped off Onaj gadgets which corroborates my story tip on the woman who told me that Seun took rituals into stores to hypnotize staff.
“The charms failed at Keelcech at Computer V. Onaj now wants the case reopened.
“#Oyostate police is now upset at why #Lagosstate police allowed Egbegbe to leave the country to #Malaysia when he has a court date February 18th 2017.
“#HNNINVESTIGATES will have the exclusive for you. Egbegbe also allegedly stole 2 GoTV decoders in #Ibadan where he jazzed sales ppl too.”
RELATED:   LOL! Mariah Carey's Bottle Cap Challenge is Legendary (video)