You are here: Home / LIFESTYLE / See the Countries in the World that hate Christmas celebrations

There are still a number of countries in this world where Christians are forbidden from celebrating the day associated with the birth of Jesus. Check them out below: 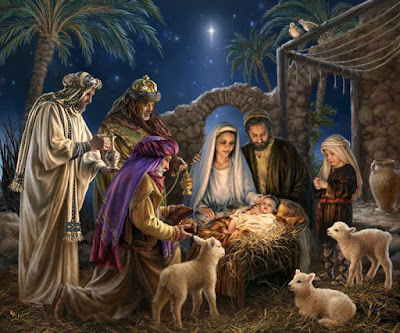 Oliver Cromwell overthrew the monarchy and oversaw the execution of King Charles I during the English Civil War, but for many the fiery Puritan leader is better known for banning mince pies.
Christmas and the celebration of saints’ days was discouraged – if not prohibited – in England between 1647 and 1660 as the country was ruled by a puritanical movement that considered the feast day ‘giving liberty to carnal and sensual delights’.
They mandated that shops had to remain open and cracked down on celebrations, leading to violent clashes on the streets of London and other cities. Life returned to normal after Cromwell’s death in 1658 and the Restoration two years later. 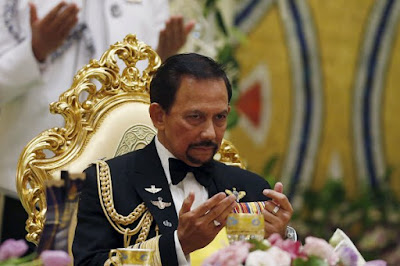 Brunei banned public celebrations of Christmas and imposed fines and jail terms for those caught celebrating the festival in 2014, an edict that was reiterated in 2015 by religious leaders writing in local newspaper, the Brunei Times.

“These enforcement measures are … intended to control the act of celebrating Christmas excessively and openly, which could damage the aqidah [beliefs] of the Muslim community,” they said.

It specifically banned the wearing of Christmas costumes such as Santa hats, the lighting of candles, the signing of religious songs and putting up decorations such as Christmas trees. The Sultan of Brunei, a billionaire who owns hotels across the world, introduced a strict interpretation of Sharia law on the territory last two years. 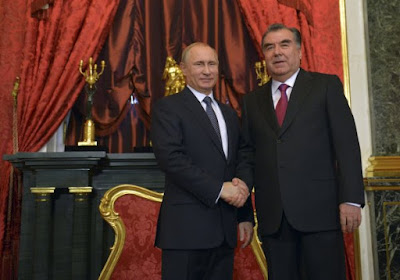 The reclusive former Soviet republic country’s education ministry issued a decree in December outlawing Christmas trees, the exchange of presents, fireworks and festive meals.
Sky News reported that while the restrictions in 2015 are the strongest yet, anti-Christmas regulations have been getting increasingly restrictive over the last few years in the Muslim-majority country.
In 2014, the Tajik government banned Father Christmas and three years earlier a man dressed as Santa was stabbed to death in the capital on New Year’s Eve. Tajikistan also bans Halloween and in 2013 and 2014 police rounded up revellers dressed as zombies and vampires. 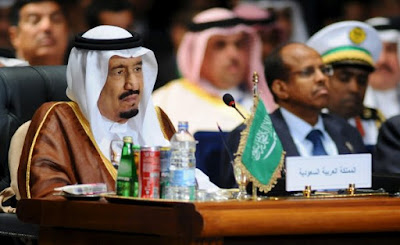 Little surprise that Saudi Arabia, a theocracy governed by the strict Wahhabi doctrine of Islam, is not a big fan of Christmas.
In the past, expatriates had quietly celebrated in the comfort of their own homes (and will likely continue to) but rumours of illicit Christmas parties prompted state media in January to reiterate that celebrating the festival was not allowed in the kingdom.
It went further by forbidding Muslims from greeting non-Muslims at Christmas, with a Saudi scholar saying:

“If they celebrate the birth of God’s son and you greet them… it means you endorse their faith.”

In 2015, it emerged that some expatriates in Saudi Arabia were going further, tweeting pictures of their Christmas trees and children dressed for the occasion. 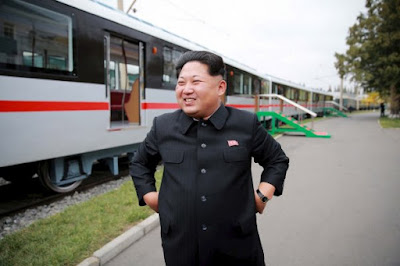 Back in 2013 North and South Korea almost went to war after the latter erected a giant Christmas tree at the border of the two countries.
North Korean state media said that the huge Christmas tree – which was lit up in a town close to the border and clearly visible from the North – was an act of psychological warfare.
North Korea does not officially ban Christianity but is ranked among the most hostile countries in the world towards Christians.
To complicate matters, December 24th – Christmas Eve – is celebrated in North Korea as the birthday of the Sacred Mother of the Revolution, Kim Jong Il’s mum. 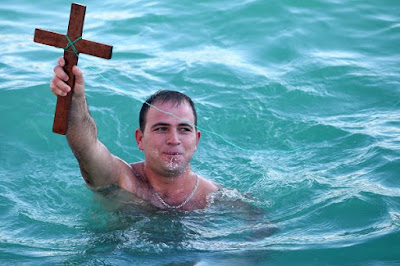 Albania not only banned Christmas but religion as a whole in 1967, making the country the first and only constitutionally atheist state.
The ban on any and all religious worship was only lifted after the fall of the Communist regime in 1990, when both Christians and Muslims were able to practice for the first time.
During the Communist years many priests and religious leaders were rounded up and jailed, but the pious celebrated Christmas and Easter nonetheless in private. They would have cake or chicken at meal times as a way of marking the days. 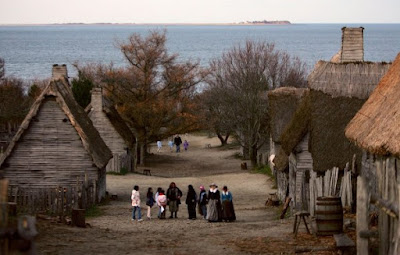 Puritans, up to their usual tricks, attempted to ban Christmas when they arrived in the New World in 1620. They branded the festival ‘Foolstide’ and decreed that the only religious day that should be celebrated was the Sabbath.
The Puritans managed to keep the ban going until the middle of the 18th century, at one point even arresting the Sir Edmund Andros, the Governor of Massachusetts, when he tried to sponsor a Christmas service.
RELATED:   Man visits brother's wife on hospital bed - You won't believe what he did next 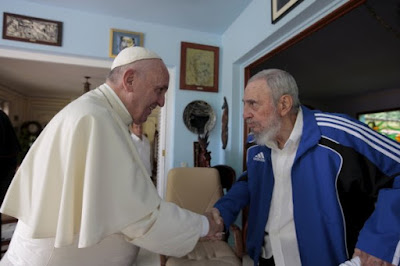 Fidel Castro announced the Cuban government as atheist as soon as it took power in 1959 but it wasn’t until 1969 that the Communist leader actually banned Christmas, as he wanted the population to stop partying and start working on the sugar harvest.
It was Pope John Paul II who eventually persuaded the now late Cuban leader to lift his ban during a visit in 1998, when Castro agreed to make the day a national holiday. 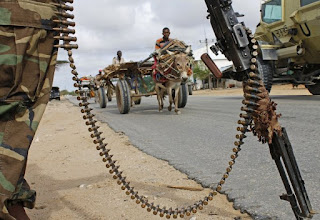 Somalia banned Christmas in 2013 when a directive from the Ministry of Justice and Religious Affairs stated that no Christian festivals could be held in Somalia.
Sheikh Ali Dhere, the country’s director of religious matters, called a press conference a week before Christmas to make the announcement.

“We alert fellow Muslims in Somalia that some festivities to mark Christian days will take place around the world in this week. It is prohibited to celebrate those days in this country,” he said.

It was the first time that the Somali government had banned Christmas since the country’s government collapsed in 1991. In 2015, the government in Mogadishu went further, banning New Year’s Eve celebrations and ordering the police and army to disperse any celebrations it found. 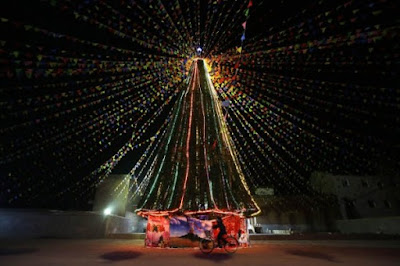 Christmas and Christianity as a whole were banned in China after 1949 but you would not know that if you were to visit during the festive season today.
China goes mad for Christmas, and it is not just Chinese Christians that get in on the act – while Christmas is not a national holiday it is a widely celebrated festival day, akin to New Year, with fireworks and fancy dress in abundance.
While Santa Claus costumes and hats are a common sight on the streets of Shanghai or Beijing during Christmas, other costumes are less traditional – devil horns, for example, are sold widely to mark the day.
Couples also like to treat Christmas as akin to Valentine’s Day, exchanging gifts and going out for romantic meals.
Local media reported in 2012 that, like in the West, the Chinese use Christmas an opportunity to hit the shops, with Christmas Eve the biggest shopping night of the year for some retailers.
Source – IBTimes UK