You are here: Home / NEWS / Unbelievable! Boko Haram suspect beaten mercilessly by Prostitute after all night s*x
About seven area boys and a prostitute at a brothel known as Big Dafe, located along the East-West Express road, Ughelli, Delta State, in the early hours of yesterday, allegedly beat a herdsman to stupor on allegations that he is a member of the Boko Haram sect. 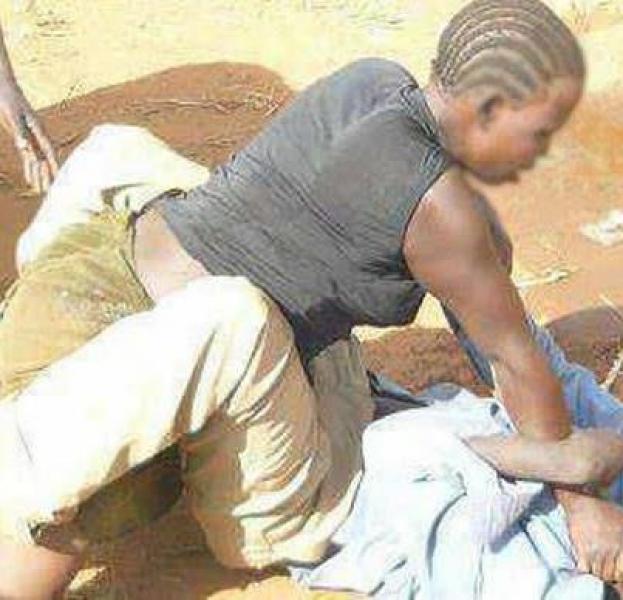 The herdsman, simply identified as Usman, was said to have approached the prostitute, named Amaka, and paid her N5,000 with the intention of having an all night romp with her.An eyewitness told Vanguard:

“While the man was taking off his clothing after paying the lady N5,000 at about 1:30a.m., his dagger fell out. On sighting his dagger, Amaka immediately raised alarm that he is a Boko Haram member, who wants to kill her.”

The witness, who spoke on condition of anonymity, said:

“Immediately the Aboki and the girl came out from the room, wife of the owner of the brothel ordered the thugs, who were playing a game of pool, to beat Usman and a male sympathiser, who was pleading on his behalf.”

Confirming the incident, a senior police officer at the Ughelli ‘A’ Division Police Station, who spoke on condition of anonymity, told Vanguard that the herdsman and the prostitute are in police custody, pending further investigation into the matter.
RELATED:   "I'm afraid of Failure...Abandonment"- Rapper MI shares his Deepest Fears