You are here: Home / SPORTS / John Mikel Obi finally joins Chinese side for a whooping £140,000 per week

Super Eagles captain, John Mikel Obi has become the latest ex- Premier League midfield star to make a big-money move to Chinese Super League after completing his medicals with Tianjin TEDA yesterday. The midfielder, who had been frozen out of first-team football by coach Antonio Conte this season, will reportedly earn £140,000 a week. 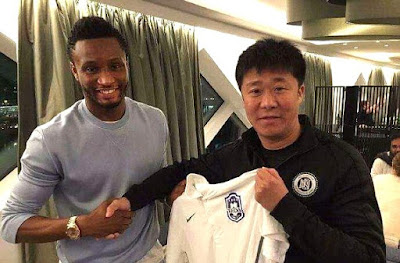 The 29-year-old who arrived Stamford Bridge in 2006, is understood to have signed a three-year deal, after a successful spell in England, winning the Champions League, two Premier League titles and four FA Cups.