You are here: Home / POLITICS / Dead, Buried and Gone: See what new PDP members in River state did to APC

Former members of the All Progressives Congress (APC) in Rumuokparali, Obio/Akpor Local Government Area of Rivers State defected to PDP today. As a show of their surrender, the youths burnt a casket engraved with APC logo and handed over their brooms to PDP state chairman, which were also burnt at the venue.

Meanwhile, Governor Nyesom Wike has declared that the All Progressives Congress ( APC) has been completely dislodged in the state. He noted that the vestiges of APC were removed following the mass execution of key projects across the state.

RELATED:   Presidency claims 200,000 have been employed in different sectors, see their pay 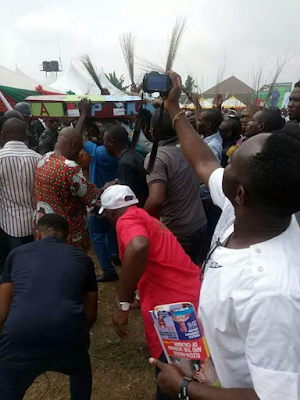 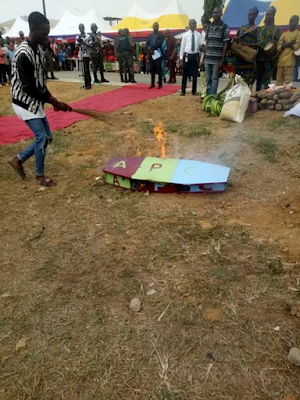 Commissioning the Ozuoba-Rumuoparaeli-Choba road in Obio/Akpor Local Government Area on Tuesday, Governor Wike said that the APC no longer has a voice in the state because leaders of the party are only involved in anti-people programmes.

He lauded the Akpor people for giving him the traditional mandate to protect the people of the state , pointing out that he will stand for the people at all times. 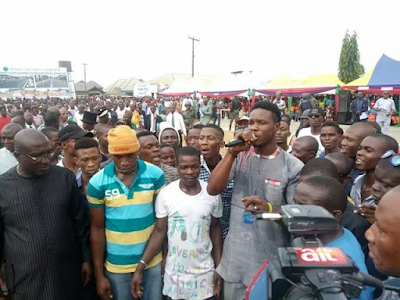 “There is no more APC in Rivers State, we have used projects to dislodge the APC in the state. If they don’t steer clear of Rivers State, we shall cut them off from the state. Now that our people have given us the mandate to clear all the unwanted items. ” Speaking further, Governor Wike said: “All those that know, must not come close because my people have given me the instrument to go to war against enemies of Rivers State “. 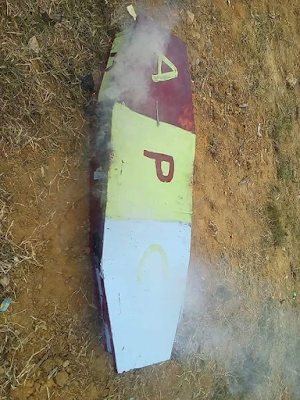 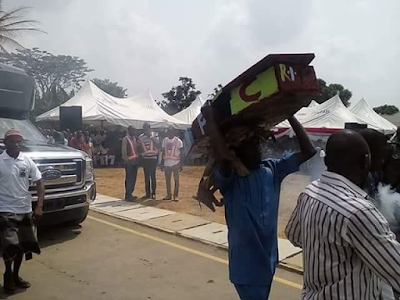 Commenting on the road, Governor Wike said that the Ozuoba-Rumuoparaeli-Choba road traverses three communities and two wards.
He said that he has fulfilled the promises made to the people of the area, adding that more projects will be executed in the area.

RELATED:   Shina Peller Has A Few Words For Atiku. 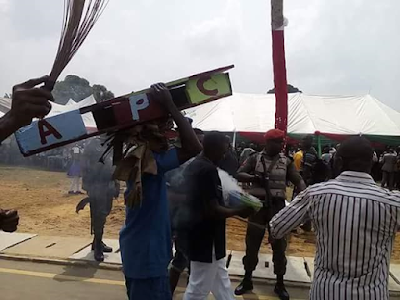 Commissioner of Works, Mr Iheanyichukwu Bathuel noted that the completion of the road has improved the value of property in the three communities that the road serve. Spokesman of the Rumuokparali community, Sir Chris Abel expressed the gratitude of the people to Governor Wike for fulfilling his campaign promise to them.