Ralph Uwazuruike, founder of the Movement for the Actualization of Sovereign State of Biafra (MASSOB), has described the leader of the Indigenous People of Biafra (IPOB) as a “fraudster” who has no real interest in the struggle for a Biafran state.

Speaking in Owerri, Imo state capital, while responding to the allegation that the federal government had contracted him to testify against Kanu in secret, Uwazuruike said he could do so openly if he wanted.

Emma Powerful, spokesman of IPOB, had said the current administration promised to give oil wells to Uwazuruike if he assists in nailing Kanu.

“Some unscrupulous elements in Biafra land are working with the Nigeria government and the DSS to hide under the screen to testify against Nnamdi Kanu,” Powerful said in a statement.

“IPOB intelligence unit across the country uncovered plans and names of those to be used by the federal government to testify against our leader Nnamdi Kanu.

“The Buhari government promised to allocate oil wells to Ralph Uwazuruike and his associates in crime against the leader of IPOB and Biafrans worldwide. 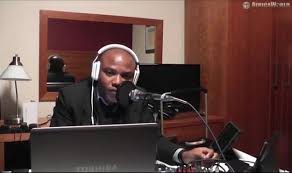 “To buttress our points, Raphael Uwazuruike and co were in contact with the DSS headquarters in Owerri and Abuja to perfect this heinous crime against humanity but right now they are in Abuja to compliment the whole arrangements to testify against the People of Biafra and our leader.”

Describing the allegation as “laughable”, Uwazuruike said the modern Biafra is his product.

He claimed to have started the struggle for Biafra when no Igbo man could summon the courage to mention Biafra because “it was then considered as a taboo”.

“The allegations are idiotic, stupid and laughable. The modern Biafra is my product, I started it in 1999 and since that time I have been on with the struggle,” he said.

“Our late leader, Odimegwu Ojukwu gave me the franchise and I am the leader of the Biafran struggle today any other person involved in the struggle is working on my behalf.

“When I founded MASSOB in 1999 and started the struggle for Biafra, no Igbo man could summon the courage to mention Biafra, it was then considered as a taboo. Our people were cowards and could not mention Biafra until I started.

“When I started nobody gave me a chance, I went through the hurdles alone. So Nnamdi Kanu is not the first Igbo to be tried for treason, I also stood before the same judge handling his case for the same charge of treason. He should face his trial like a freedom fighter and if need be die for the course.”

He maintained that Kanu was “a nobody”, who he picked up in London while he was “practising internet fraud as his only means of livelihood”.

Uwazurike said he made the detained activist director of the Radio Biafra London, but that Kanu later claimed that he established the station.

“Kanu was homeless when I met him in London, I gave him the first money to rent an apartment after he was thrown out by the Ghanaian woman he was living with,” he said.

“When I met him (Kanu) in London he had no job and no certificate he was into internet crime. So who is Nnamdi Kanu, it is you the journalists that are flaming him up as somebody, if not he is a nobody.

“The struggle continues to be alive as long as I agree. Even if Nnamdi Kanu dies today, the struggle continues. I cannot travel to Abuja to give evidence against Kanu masked, if I want to do that, I will testify against him in an open court but I can’t do that, what do I stand to gain?”