You are here: Home / NEWS / See the great 14-year-old Nigerian writer who have met over 23 world leaders including US Secretary of State, John Kerry

Zuriel Oduwole, Nigerian-America filmmaker and 14-year-old writer has met with the  US Secretary of State, John Kerry, adding to her long list of VIP visits. 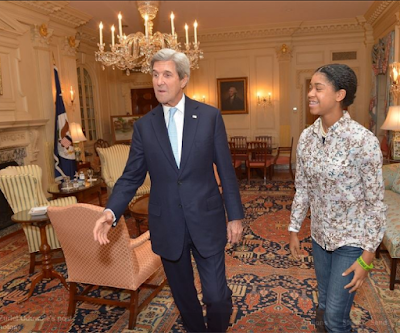 Zuriel Oduwole is popular for her education advocacy campaign and for being the youngest filmmaker to have a self-produced and self-edited work among other achievements. 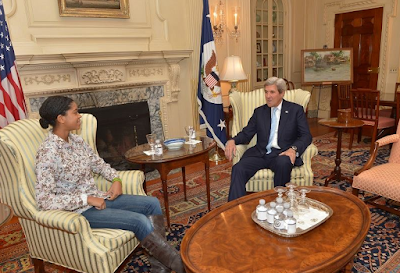 “Met John Kerry – US Secretary of State. Happy New year to you all and hope you had a Merry and Safe Christmas. I am just so very, very thankful to the LORD for where he is taking me and what he wants to do in the lives of the youth of this world today. I just met with the US Secretary of State, John Kerry in his office in Washington DC. Some of you might think so, you’ve already met 23 World Leaders and recently spoke at the UN. 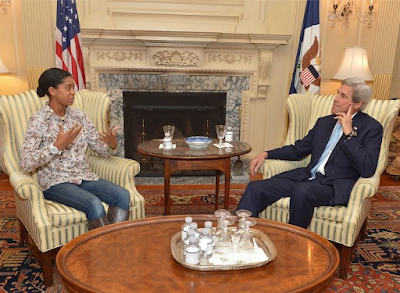 This is very different. Secretary Kerry’s decisions affects the whole worlds foreign and economic policy. And next to President Obama, he is the most visible member of the US Government leadership. The whole world knows who he is. What’s so cool is we talked about Girls Education, and all the State Department has done the last 4 years on this serious topic. Like me, he believes if all people in a society are included, especially Girls and Women, then that society does much better. I believe that so much. That’s another reason I am teaching young children some basic film making skills, so they can add to their society’s development. We all can do something very small, to empower others, or encourage others. I truly believe so”