You are here: Home / NEWS / Osibanjo must resign If Buhari dies or there will be war – Fulani Man threatens Nigeria

Reacting to the rumour about the alleged death of President Muhammadu Buhari, one Haruna Maitala took to Facebook to issue what he called a warning. Just after another man from Kano State slapped a man to coma because of the same rumour. But the DSS has ignored all these threats and decided to go after Apostle Suleiman many Nigerians voice out.

According to the war monger: 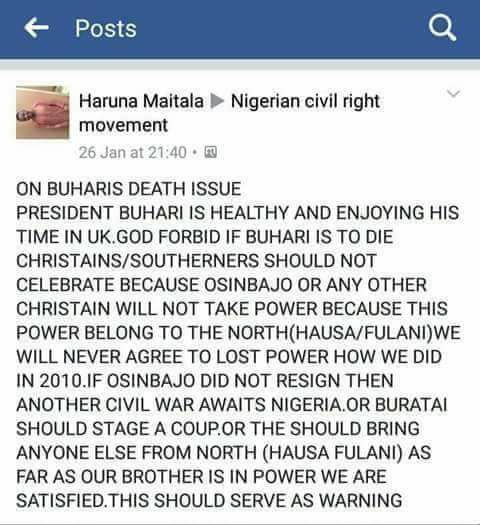