You are here: Home / ENTERTAINMENT / Big Brother contestants Miyonse, Soma and Efe up for eviction

After a whole week of excitement, tears and a mock eviction which shook the housemates and brought some of them to tears, Big Brother Naija will witness it’s first real eviction come Sunday, February 5.

The housemate with the least number of votes will be evicted from the house. Last night, the first live nomination happened on the show. 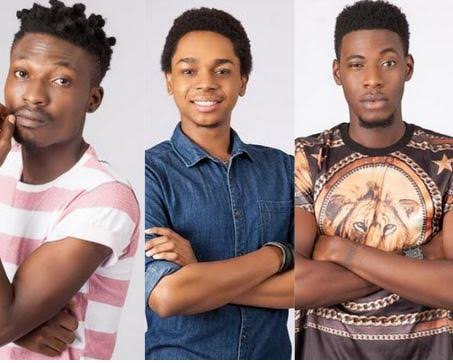 The housemates were each given 45 seconds to nominate two fellow housemates for eviction and Miyonse, Soma and Gifty got the most nominations from other housemates.

The head of house, CoCoIce was called to save one of the nominated housemates and replace with another. CoCoIce saved Gifty and replaced her with Efe.