You are here: Home / LIFESTYLE / Sugar Mummy Business: The new Job Big boys venture into
Along major streets in Nigerian cities, on pavements beside roads, on pedestrian bridges, and so on, you can notice posters asking you to call a particular number or visit a website should you need a “sugar mummy”. Nothing wey this recession no go cause oh.
Even though initial information gathered by Saturday Tribune identified Ebute Metta and Gbagada as the major hubs for the business, residents in those areas who were contacted last week said they were not aware.
“I have lived in this area (Ebute Metta) for more than twenty years now,” said Thomas Nwike who owns a fashion shop close to Alagomeji. “I know there are sugar mummies everywhere in Lagos, but I don’t think that this place is their headquarters or anything like that.”
Covert affair
It is not often possible to reach a sugar mummy directly, as many of them are represented by “agents.” It is the responsibility of these agents to “screen” prospective “sugar boys” and present them to the women.

According to findings by Saturday Tribune, the boys are expected to be handsome, reliable, trustworthy, and “durable” in bed. The more influential women prefer university students or recent graduates who are unemployed.
The sugar boy’s fee is negotiable. Where the sugar mummy takes extra interest in him, she usually “buys” him off, by paying a large sum of money to the agent. For one-offs, however, payment is made per night, and it ranges from N80, 000 to N180, 000, depending on the status of the sugar mummy and the “quality” of the sugar boy.
Organised fraud
Our investigation, however, shows that this “venture” has been infiltrated by a large network of fake agents who, on a daily basis, con unsuspecting “sugar boys” out of thousands of money.
Most of these agents are active on the internet, where several websites are dedicated entirely for this purpose. Indeed, information gleaned from a number of general dating websites showed that requests for sugar mummies and sugar boys are dominant. 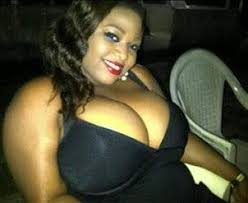 For example, on adsafrica.com.ng, as of midday on Thursday, the category “Women Looking for Men in Lagos” had 1,344 requests, while “Men Looking for Women in Lagos” had only 667.
To understand better how this business operates, Saturday Tribune, posing as a prospective customer, contacted one of the agents and requested help to meet a sugar mummy.
The first agent who identified herself as Mrs Ruth spoke briskly, above what sounded like generator sounds in the background.
After she had determined that the person on the phone was unemployed, young, handsome, educated, and could last a minimum of four hours in bed, she said: “I will get you a sugar mummy. She is a fine woman who is very rich. You will like her. Just send me N500 recharge card. I will use it to call her and arrange for the two of you to meet. The money you will get from her is N80 000, per night. After this call, send me a text message. Include your name, age, location, and the recharge card I told you about. I will call you after I have talked with the madam, ok?”
When she did not immediately receive the text message she had asked for, she called, and when she was told the whole plan was still being considered, she lost her cool.
“You’re not serious. You think I have your time, abi? Nonsense-man!”
A second agent whose mobile number appeared up to eight different times on a website identified himself as Mr Mark. Most of the questions he asked were similar to those asked by Ruth. But when Saturday Tribune observed that N500 was too much for him to use to set up the meeting, he brought it down to N400.
“You see, I want to help you,” he said. “You said you’re not employed, and I just want to help you. Just send the recharge card. Then send your full name, location and the hotel where you want to meet your sugar mummy. I will call her and you can meet her, even tomorrow. She will pay you N180,000 for the night, and you can pay us N40, 000 from it.”
Mr Mark seemed the better choice; and so, the recharge card and all the information he requested were promptly sent to him. Two minutes after, he called back, and sounded quite pleased.
“I got your text message,” he said. “Thanks. But there is a form you have to fill. It’s eight thousand naira only. I will send you my account number. If you can pay early tomorrow, I will meet you at 12pm at the hotel with the form. The sugar mummy will be there too. She is a rich woman; just tell her what you want; don’t be afraid; she will help you. She has companies, and since you said you’re a graduate, she can even help you get a job.”
Asked if it would be possible to pay him upon receipt of the N180, 000, he said, “No, this N8,000 must be paid before you meet her. It is for your form. The sugar mummy will bring the form to the hotel for you to fill. But because I know you are not employed, I can take N5,000 from you and I will use my N3,000 to complete it for you.”
There were several contradictions in his story. At a point he said the form would be brought to the hotel by him; at another he said it would be brought by the sugar mummy herself. Meanwhile, his text message which arrived minutes later read: “Maneger details: Uzoya, XXX acc 0049288XXX. XXX Bank plc.” Strangely, it did not contain the name “Mark.” Even more puzzling, a caller-identity application (Truecaller) identified the owner of Mark’s mobile number as “XXX Adebayo”.
When he was never contacted again nor paid the agreed sum, he continued to call throughout the day. When, however, he was finally contacted later in the day on Thursday and confronted with all the conflicting facts, he flared up:
“I was just trying to help you, and you are talking rubbish. You have to be a man… you have to be a man… What are you talking…? You have to be a man…” He spoke mostly the same words for a long time, repeating “You have to be a man” many times.
Caring mothers
There is, it would seem, a variant of this practice which, observers say, is beginning to gain ground in parts of Lagos and beyond. Mr Kola Aderibigbe, an engineer who lives at Ogba, Lagos, on Wednesday, told Saturday Tribune that this type (called “caring mother”) revolves around a woman whose husband has abandoned “because she is richer and arrogant”.

“In a way, their husbands have set them free,” Aderibigbe explained. “It may be because she is proud, or because she is running after other men, or so many other reasons. So what the woman does is to find a young man who will move in with her. The man plays the role of father to the woman’s children, while the woman takes care of him financially.”
New world order?
Observers might say that there is something disconcerting about this turn of events. Has the growing influence of women in politics, business and other fields wrought a situation where men have become more willing to sacrifice their traditional position as the “dominant s*x”?
However, Joshua Omidire, who recently completed a postgraduate programme in English at the University of Lagos, attributed this shift to the economic situation in the country.
“We all know that the boy has no need for enjoyment of sex with those older women; his girlfriend will give him that. What is important is money. So, unemployment is one of the factors that lead these young guys into it. Young guys actually wake up in the morning and go to their place of work which is a sugar mummy’s apartment.
“What is the shame when you can’t feed your belly and an older woman offers you sexual pleasure and money? People don’t write it on their foreheads. Many of the big boys in town are sex slaves of sugar mummies.”
*******
Culled from Nigerian Tribune
RELATED:   Meghan Markle takes her son with Kate Middleton and her kids to watch Harry and Williams play in polo match (photos)