You are here: Home / NEWS / Gbese! Nigerian woman owes over N500m to London hospital (See why)

One of the largest hospitals in the UK is chasing a bill of more than N500m from a Nigerian woman who gave birth to quadruplets.

The 43-year-old, identified only as Priscilla, went into labour three months early shortly after landing at Heathrow airport in November.

She had intended to give birth to the babies in Chicago, in the US, where she has family – but was turned away by border officials upon arrival.
They claimed that although she had a visa, she did not have required documents from a hospital
stating that she had the money to pay for the birth. 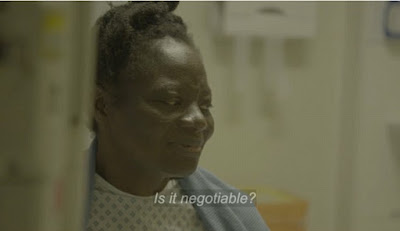 Priscilla, a healthcare worker, said she was returning to Nigeria via London when she started having contractions.

She was taken to the Queen Charlotte’s and Chelsea Hospital in west London, part of Imperial College Hospital, where she delivered the four babies. 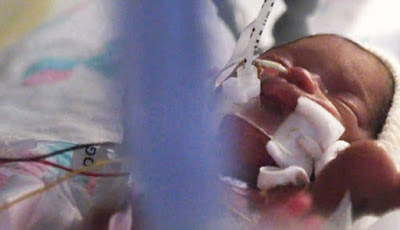 One sadly died shortly after birth while another, a girl named Deborah, passed away on Saturday. The other two, Elijah and Esther, are still being treated on the hospital’s neonatal intensive care ward.

RELATED:   Mel B Reveals She’s Going To Rehab For Alcohol And Sex Addiction

Staff estimate that the total bill for the highly complex birth and the care of the babies is already more than £500,000. 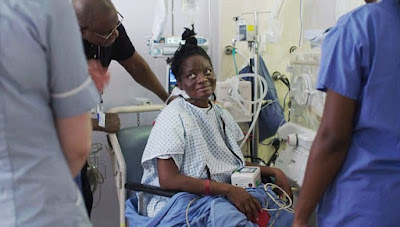 The cost of treating one baby in neonatal intensive care is £20,000 a week.

Priscilla is currently staying at a hostel run by a charity and is unable to afford the bill.
Her husband is in Nigeria, and cannot come to Britain to help take care of her as he does not have enough money for a visa or the flight.

Priscilla underwent IVF treatment, which has a high risk of multiple births, as she was struggling to conceive naturally due to her age. 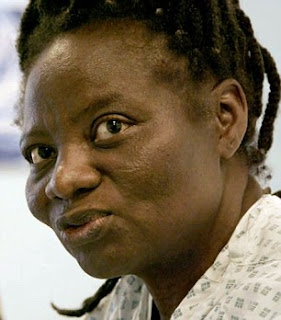 She was told by her doctor to fly to the US to have her babies, as Nigerian hospitals do not have the ‘facilities to cater for the children’.

Her case is revealed tonight in the BBC 2 documentary Hospital, which exposes the pressures of health tourism on the trust.

When first warned of the high treatment costs by overseas visitor manager Terry Facey, she says:

Mr Facey, who has worked at the trust for 12 years trying to collect bills for overseas patients, says:

‘Those invoices are going to be huge … 20 grand a week for each baby [in intensive care].
‘We will gently push forward and do what we have to do, we’re governed by the rules and regulations. They seem a bit fruitless at times.’

Last month it emerged that another hospital was chasing a Nigerian mother for a £350,000 bill after she had flown to Britain to give birth to twins.
The woman, who was not identified at the time, had a caesarean at Luton and Dunstable University Hospital, after she was transferred there from another due to pregnancy complications.

Her twins then spent two months in intensive care.

The case was uncovered through a series of freedom of information requests, sent by the Daily Mail to all hospitals in England.

A spokesman confirmed the hospital was owed £348,683 by the mother, who gave birth in 2015.
Luton is one of just three paediatric intensive care units in the East of England, and the trust said it could not refuse treatment ‘if there was a danger to life’.

The responses from 90 hospitals revealed that 13,077 overseas patients were treated in the UK in 2015/16, including 3,066 pregnant women who flew in and had babies.

These women were responsible for some of the highest debts, the figures showed, and a significant number are understood to have come from Nigeria.