You are here: Home / NEWS / #IStandWithNigeria: See photos from March to Aso Rock

The organised labour comprising the Nigerian Labour Congress, NLC, and Trade Union Congress, TUC, on Thursday embarked on a peaceful protest to the Presidential villa.

The protest comes four days after a similar protest was organized by concern Nigerians, who took to the streets across the country to protest the policies of the APC-led Federal Government.

RELATED:   OMG! The act of this 26-year-old Ghanaian murderer will scare you

President of the NLC, Ayuba Wabba, while addressing the protesters before today’s march, said it was “criminal” for the government not to pay salaries and pensions”.

He said the demand for an upward review of workers’ minimum wage “is non-negotiable.” 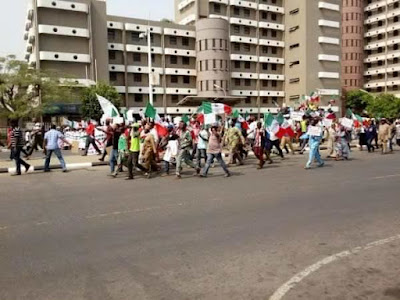 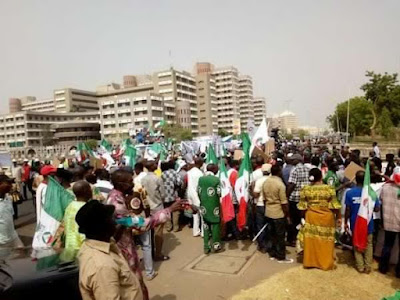