You are here: Home / NEWS / Zamfara state government house has been thrown into darkness, See why

The Zamfara state government house in Gusau has remained in darkness following the disconnection of electricity supply to the premises by the Kaduna Power Holding Company lol, na wa oh, for government house again?

Aminu Yakubu, business development and relationship officer of the company in Gusau area office, told journalists on Wednesday that the action followed the failure of the state government to settle its bills.

Yakubu said the state government had continuously failed to pay its electricity bills over the years.

Hee said the disconnection affected some other state government’s offices including the Yariman Bakura Specialist Hospital.

Yakubu said the state government, which had a monthly electricity bill of between N15m and N20m, was indebted to the tune of N400m. 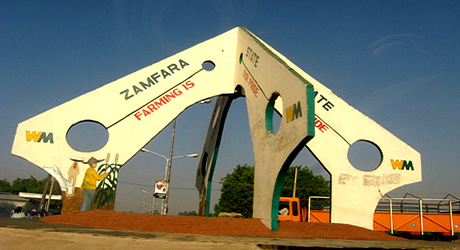 “Since there was no indication that the state government would pay, my head office directed that we cut the supply until the debt is settled,” he said.

Yakubu, however, said that the state house of assembly had invited him to explain the reason company cut power supply to the state government.

“I explained the debt profile and the legislators promised to talk to the executive so that the money being owed would be settled,” he said.

Yakubu said his office was waiting to hear from the lawmakers, and if nothing positive was done, he would wait for a further directive from his headquarters.