You are here: Home / POLITICS / See the most corrupt countries in Africa and Nigeria’s position

Nigeria, the most populated country in Africa, is perceived to be the most corrupt among 60 corrupt countries evaluated, according to data from the 2016 Best Countries rankings. The rankings are a characterization of 60 countries based on a survey of more than 16,000 people from four regions. Even with all the fight of corruption that President Buhari promised Nigerians.

The USNews reports that in the survey, respondents answered how closely they related each of the 60 countries to the term “corrupt.”

Respondents were given no further specifications of the term, so interpretation of the word “corrupt”
was left to survey respondents.

Meanwhile, Colombia – a country synonymous with illegal drug kingpins like Pablo Escobar – gives Nigeria a run for its money as the second most corrupt country, based on perception.

Below are the 10 countries perceived to be the most corrupt, according to data from the 2016 Best Countries rankings. 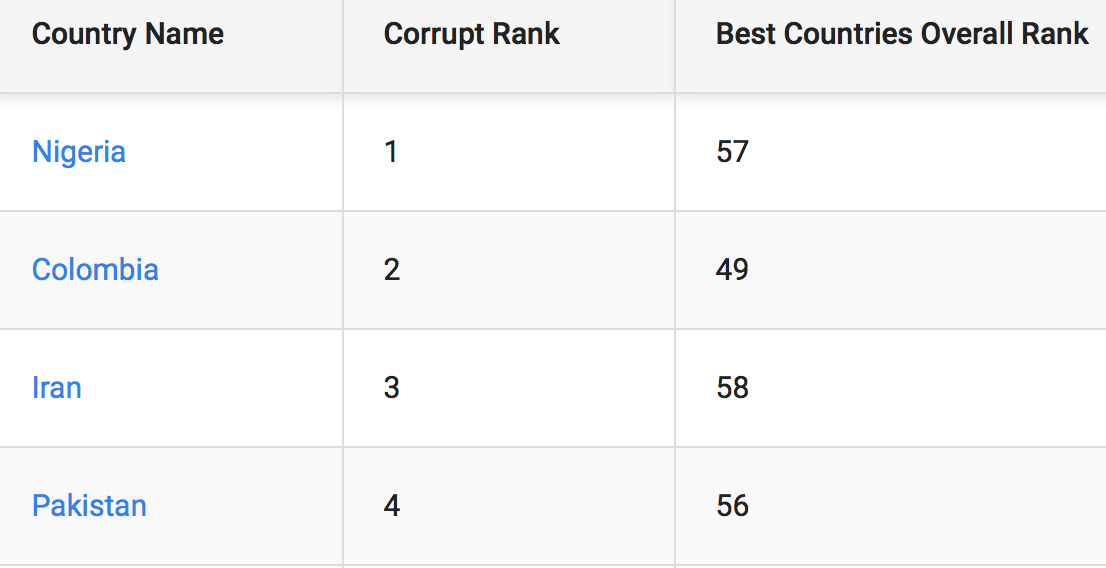 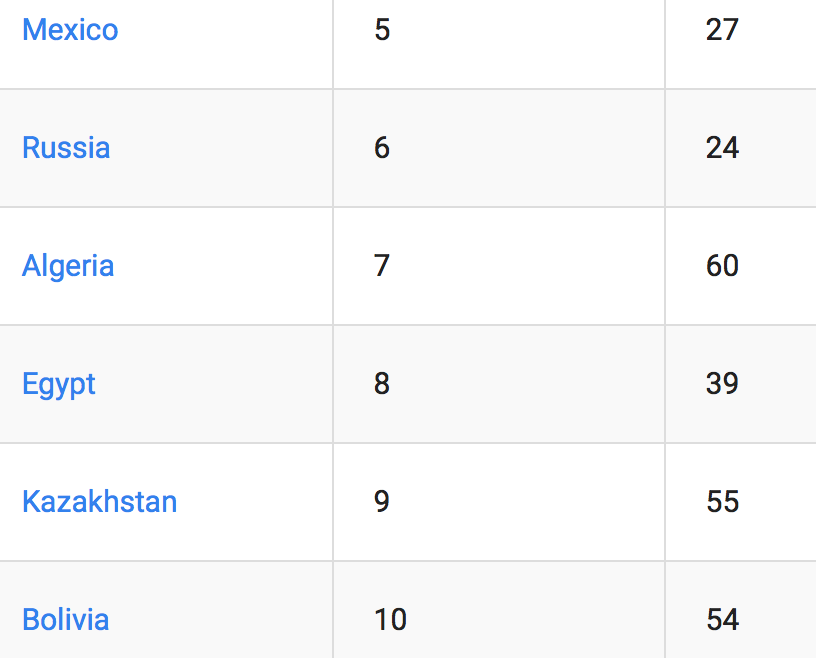