The National Leader of the All Progressives Congress (APC), Chief Bola Tinubu, has been holding a series of meetings and consultations for his bid for the presidency in 2019, THISDAY has reliably learnt.

According to sources close to the former Lagos State governor, he is also putting together a team, preparatory for the race and has developed an elaborative strategic plan to make a bold bid for the coveted office.

In so doing, Tinubu, sources confirmed, has abandoned his initial plan of aligning with the opposition Peoples Democratic Party (PDP) to build a mega party to take on the APC in 2019.

Instead, Tinubu, the sources volunteered, has decided to remain in the APC, a party that he played a pivotal role setting up in 2013 and leading it to a historic victory in the 2015 elections.
Tinubu had hinted of his interest to contest for the presidency in Akure last Friday when he told reporters during the inauguration of the new governor of Ondo State, Chief Rotimi Akeredolu (SAN), that he could run for the office in 2019.

RELATED:   He is going to be prosecuted. His fate will be decided by a judge,” El-Rufai on Audu Maikori 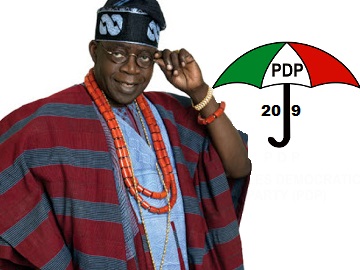 “There is nothing wrong with such ambition,” he said, adding: “It depends on the timing, the environment and what the political leadership dictates. I will not brush aside such an aspiration.”
Following his brushes with the leadership of the APC and his perceived marginalisation in the Muhammadu Buhari administration, he was said to have opted for building a huge alliance, using the PDP and some other parties to form a new mega party that would serve as a counterweight to the ruling APC and wrest power from it in 2019.
But Tinubu, according to sources, has had a change of mind and has decided not to leave a house he helped to build for others.