A photo of controversial Big Brother Naija contestant, Tboss traveling for her NYSC in a public transport has re-surfaced and Nigerians could not keep quiet lol. Omo, they came after her oh, especially becasue she usually boasts N25m is nothing.

According to Facebook user Ugochukwu Mathew who shared the photo ‘Tboss is a regular user of public transport, he posted the photos on a Facebook group called ‎’Edo State Affair’ with the below caption ‘BBNaija Housemate TBoss Uses Public Transport Regularly

RELATED:   You can call it a Reunion Party as ex-Big Brother Naija housemates unite at BamBam and Teddy A's traditional wedding

‘TBoss traveling to and fro to Edo state. In case they start telling u another thing. Be wise, media propaganda is a bad thing. It can destroy anybody. They will tell u she doesn’t go to her village don’t mind them.’ 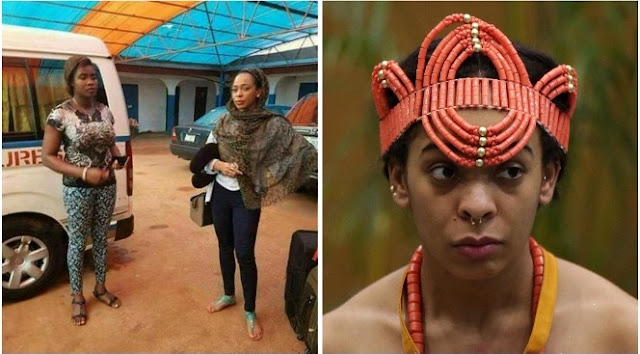 It will be recalled that the T-boss while speaking to another housemate noted that she had a queue of suitors with private jets wooing her adding that she was not in the house for the N25 million cash prize.

The 25 million is nothing to her as she can easily get the money.. But she’d rather get it in a Legit way, that’s of course why she is in the Big Brother House.