You are here: Home / NEWS / INTERNATIONAL NEWS / Kendall Jenner and Pepsi are facing a backlash over a new advert (Video)

Kendall Jenner and Pepsi are facing a backlash over the company’s new advert which sees the reality TV star and model giving a can of the drink to a police officer during a protest.

It shows the Keeping Up WIth The Kardashians star leave a photo shoot to join a protest where activists are carrying signs that read “love” and “join the conversation”. Why is everybody angry about it though? Watch the video and be the judge.

Jenner picks up a can of soda and offers it to police as a peace offering, to which the officer cracks a smile and the crowd cheers.

RELATED:   Sade Adu might be on Drakes body forever, See why

The commercial is being criticised by people who have interpreted it as a co-opt of the resistance movement whilst featuring a privileged, white, famous young model using a drink sold by a massive conglomerate to create peace between activists and law enforcement.

A similar advert was released by Coca-Cola in 1971 which was based on the Vietnam War.

Critics believe it is based on the recent protests over police brutality against black people in America. It has also caused anger from people in other countries around the world where there is ongoing political conflict.

Pepsi released a statement which said: “This is a global ad that reflects people from different walks of life coming together in a spirit of harmony.

“We think that’s an important message to convey.”

This isn’t the first time the model has been involved in controversy over an advertisement.

Shooting a video for Vogue in 2016 resulted in uproar and general hilarity after professional ballerinas accused her of being “disrespectful” to artists who devote their entire lives to the dance form. 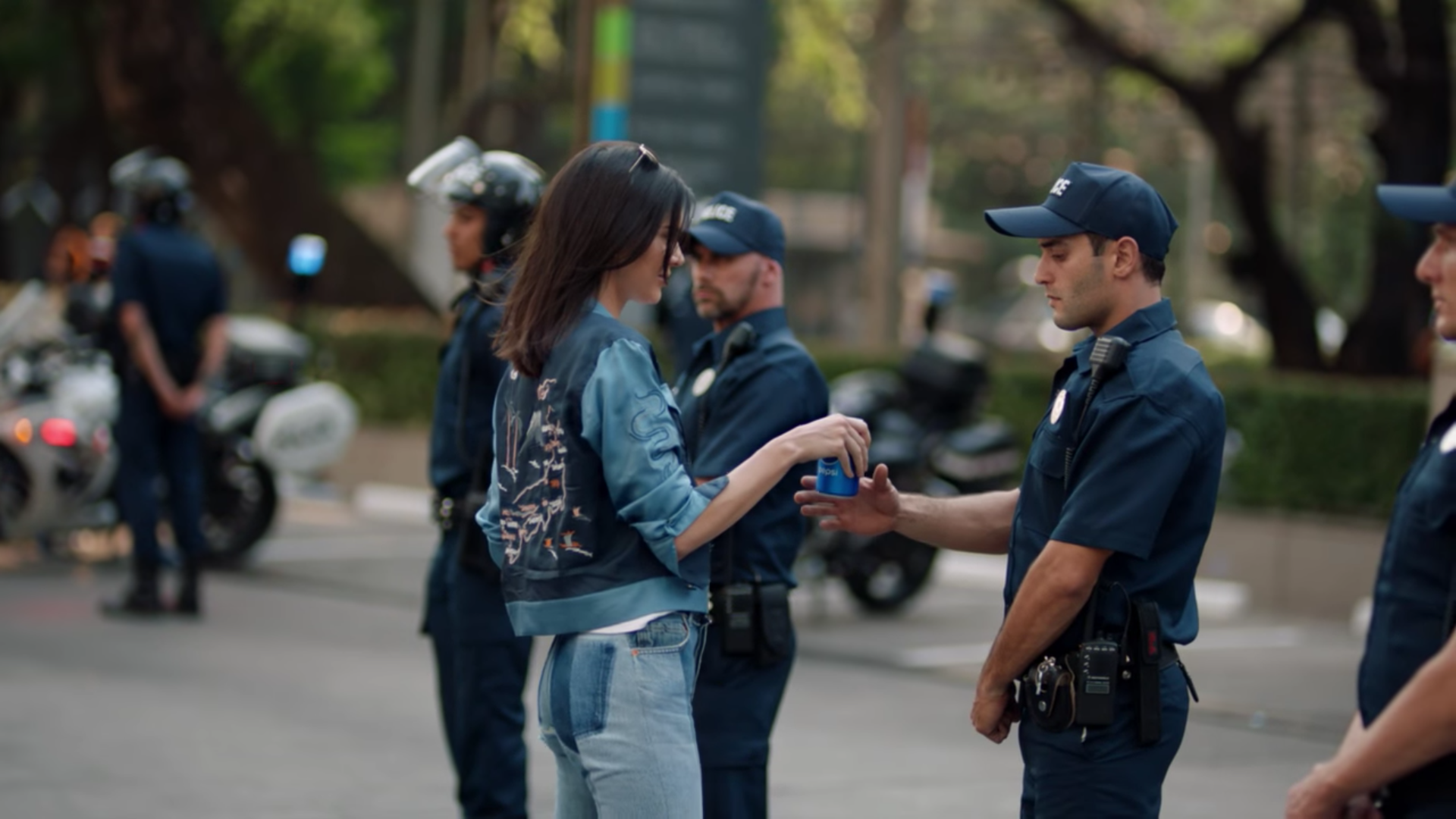 One dancer wrote on Twitter at the time: “Kendall Jenner & that Vogue ballet video is so horrible. Lol it’s actually offensive to people who trained in dance all their lives.”

In 2015 she was photographed in a gold wheelchair for Interview magazine, which prompted people to accuse her of “ableism”, particularly over one image that showed her raising her leg whilst sat in the chair.