SaharaReporters has obtained a statement of bank account which showed that in the period between June 1st and December 31, 2015, Apostle Suleman made direct deposits totaling at least N2million into Ms. Stephanie Otobo’s account as their romantic relationship blossomed.

In November 2015, Apostle Suleman appeared to have changed the manner of depositing funds into
the account, turning to using other people.   On November 4, one Adewunmi TO made a web-based deposit into the account.

Towards the end of 2015, another person, Gbenga Adegbadebo acting on Apostle Suleman’s behalf, made three deposits:

Ms. Stephanie Otobo also alleges Mr. Adegbadebo, a Nigerian based in Canada was a conduit through which Suleman sent hard currencies to her in Canada as Mr. Adegbadebo runs an unorthodox “money remittance company ” between Nigeria and Canada.

Ms. Stephanie Otobo also said that she did an HIV test in October 2016 in Canada when she got pregnant for Apostle Suleman with the aim of showing that she was HIV-free as she began stooling blood. She supplied the medical record to SaharaReporters.

Apostle Suleman, refusing to acknowledge his relationship with Ms. Otobo, used the police to have her arrested, detained and tortured before she was charged to court for extortion and terrorism.

Mr. Suleman also reportedly filed a defamation lawsuit against SaharaReporters. As one of his prayers, Apostle Suleman is said to be asking a Lagos court to issue an injunction stopping SaharaReporters from further publishing anything on him relating to his adulterous exploits.

SaharaReporters says they are yet to be notified of the lawsuit, if any.  Mr.  Suleman had also threatened to sue Festus Keyamo, whose Lagos chambers is representing Ms. Otobo, for N1 billion.

Here’s the released statement of account that corroborates Stephanie’s story: 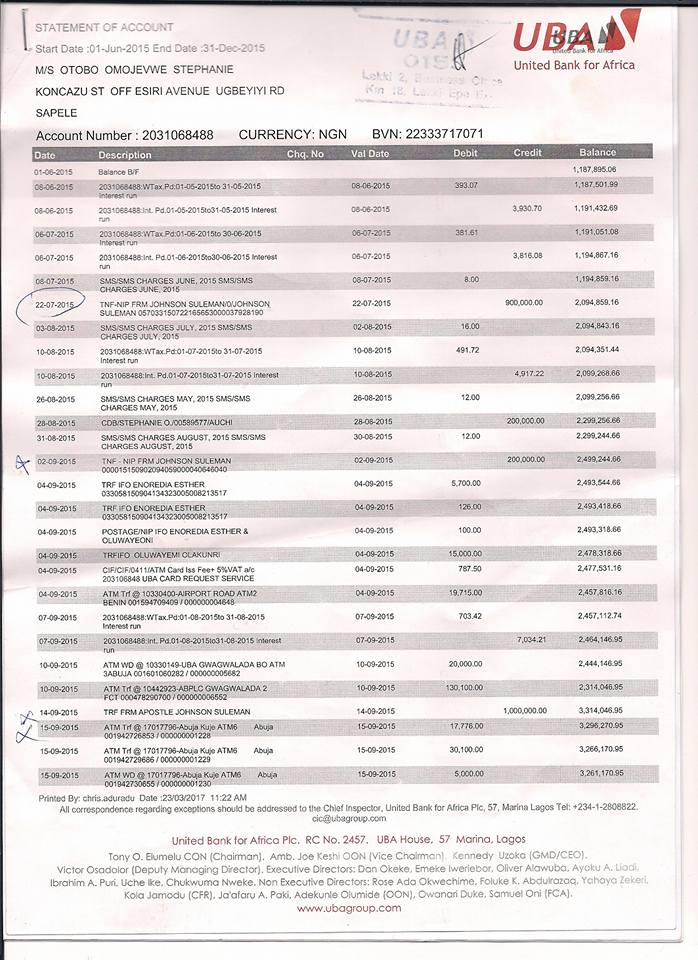 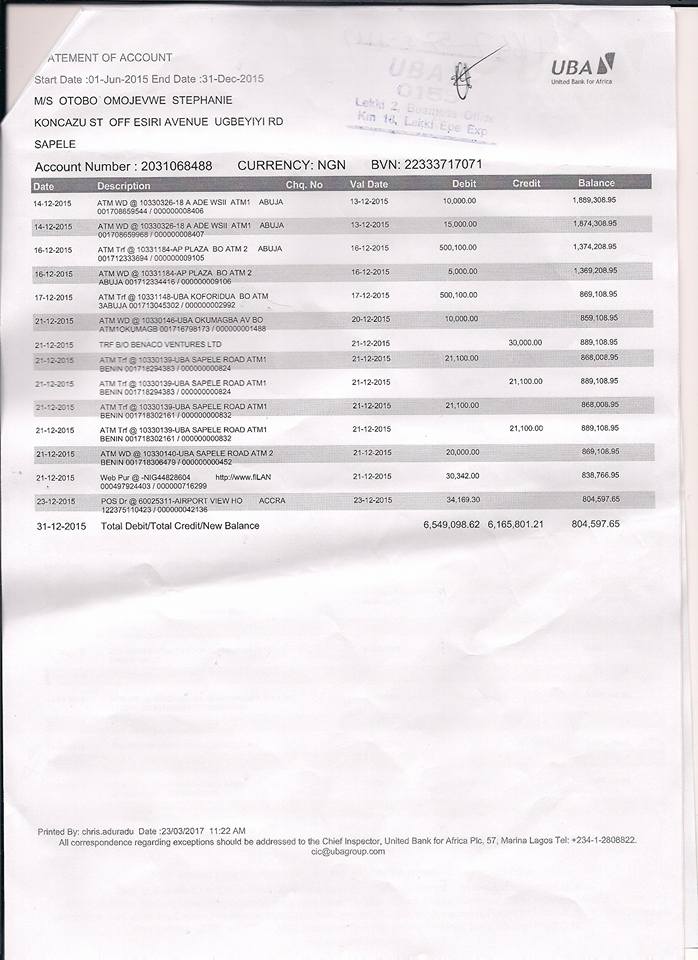 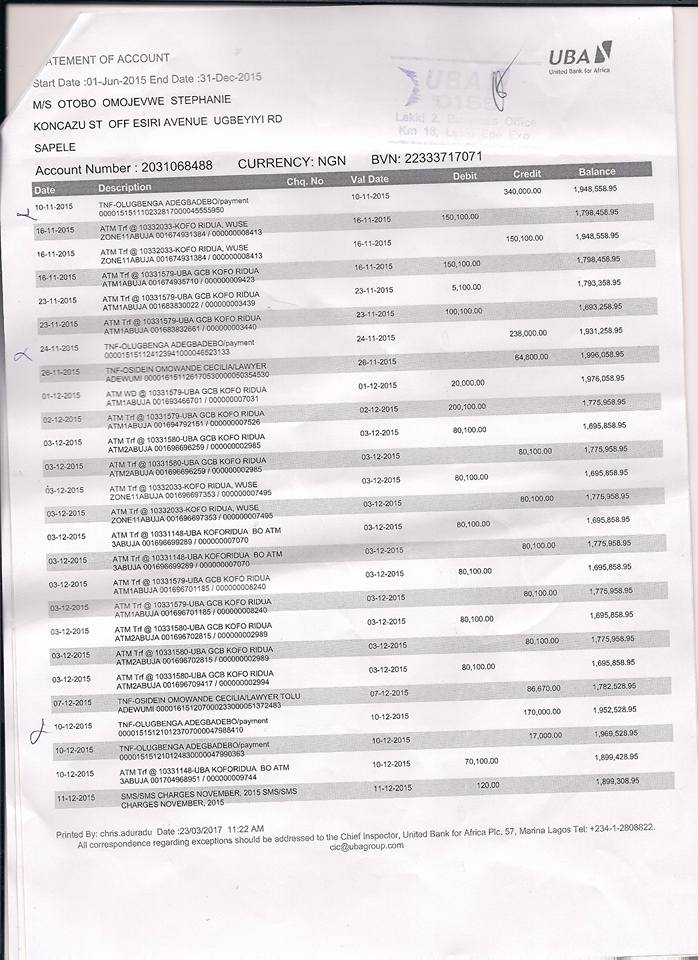 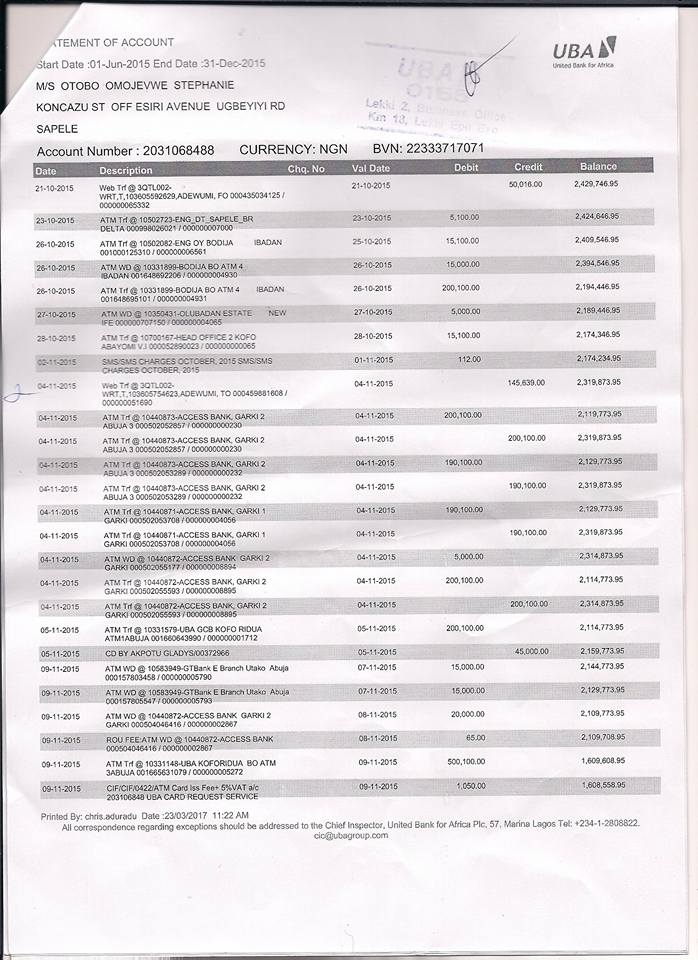 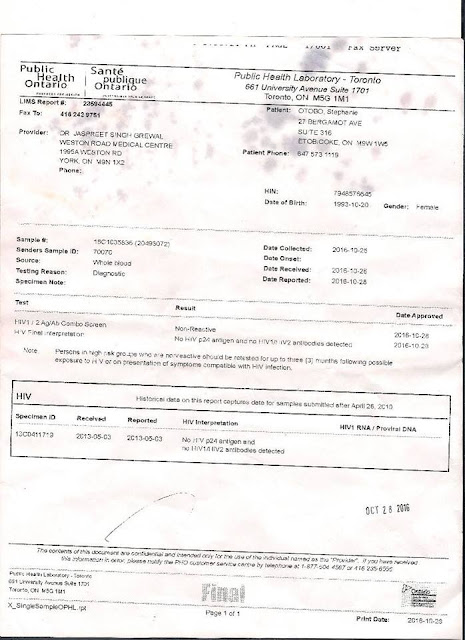