More drama unfolds as Dino Melaye survives an assassination attempt, with 7 people arrested so far. About 10 gunmen suspected to be assassins attacked the Kogi home of Senator Dino Melaye  yesterday. The gunmen stormed his home at about 12 midnight and started shooting at the building. Dino was at his home to spend the Easter holiday with his family and members of his constituencies.

RELATED:   Sick Buhari | See before and After photos of President Mohammed Buhari 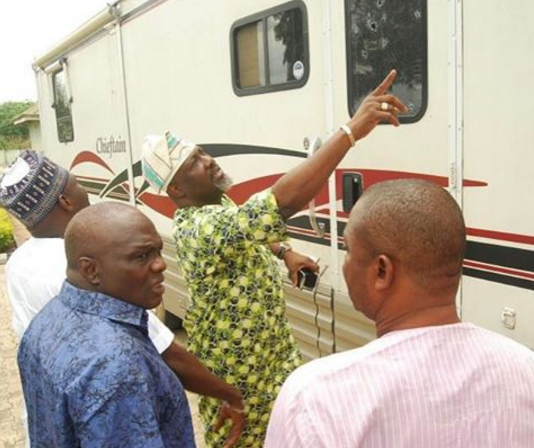 The gunmen were said to have shot sporadically into the building for over an hour, leaving two vehicles parked within the premises damaged. 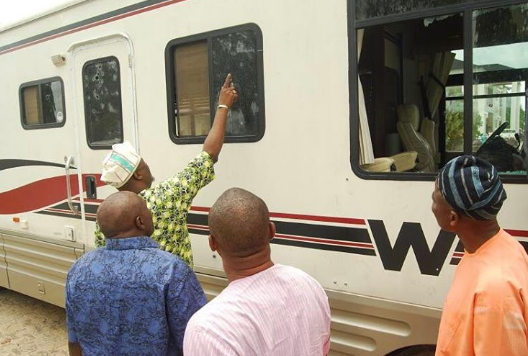 However, reacting via his twitter handle on Sunday morning, Melaye wrote, “7 people arrested at the residence of Taofik Isa and a jeep loaded with Ammunitions.

“Jeep now in the custody of DC Crime and investigation.”