Questions Sen. John McCain asked at Comey’s hearing raises concern about his health. Sen. John McCain startled onlookers on Thursday as he appeared to conflate the ongoing investigation into Russian meddling in the campaign with the closed probe into Hillary Clinton’s private email server.

McCain said he was troubled that Comey had closed the Clinton investigation while the probe into Russia and possible ties to the Trump campaign remained open. 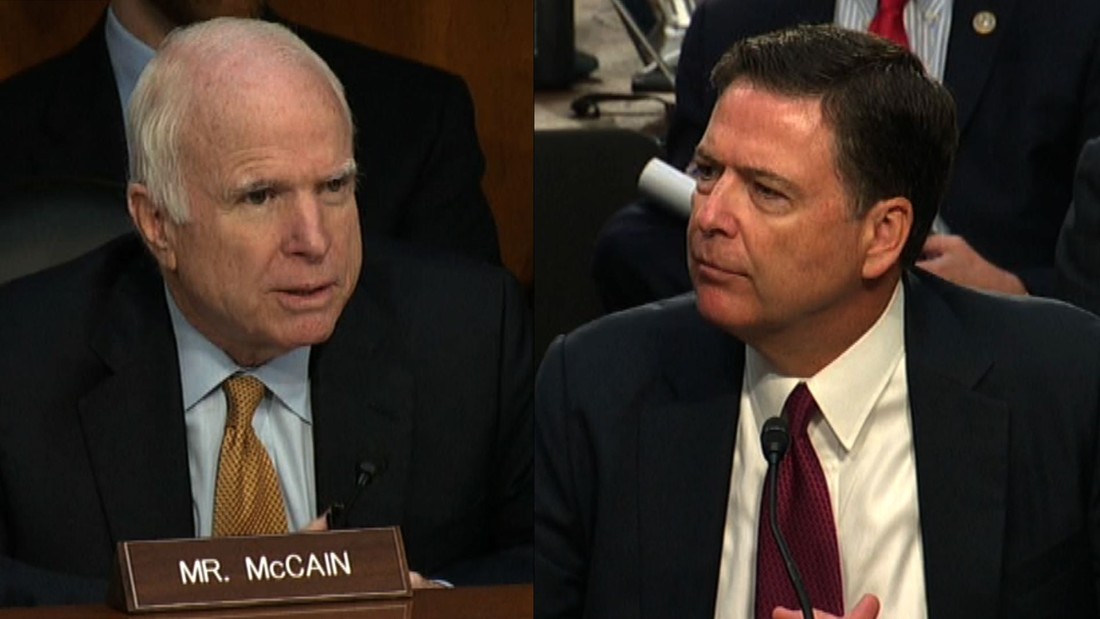 Comey pointed out that the two probes were not connected.

Viewers went wild on Twitter, with some speculating about the 80-year-old’s health.

“That was amazing for so many reasons, but the surprise ending is that John McCain was revealed to be…not quite…all there,” tweeted author Maureen Johnson.

“I get the sense from Twitter that my line of questioning today went over people’s heads. Maybe going forward I shouldn’t stay up late watching Diamondbacks night games,” he said in a statement.

“What I was trying to get at was whether Mr. Comey believes that any of his interactions with the President rise to the level of obstruction of justice,” he added.