The US president’s nuclear summit with the North Korean leader will take place on 12 June, Trump has announced on Twitter.

Donald Trump disclosed this Thursday that his nuclear summit with Kim Jong-un will take place on 12 June in Singapore.

CNN first reported on Wednesday that Singapore had been chosen as the venue for the first summit between a sitting US president and a North Korean leader.

Trump announced the details on Twitter on Thursday morning: “The highly anticipated meeting between Kim Jong-un and myself will take place in Singapore on June 12th. We will both try to make it a very special moment for World Peace!”

The announcement came hours after Trump welcomed the US secretary of state, Mike Pompeo, back to the US from Pyongyang with three US citizens that North Korea had been holding prisoner. Their release followed talks between Pompeo and Kim about the forthcoming summit, and Trump welcomed them home when they landed overnight at Andrews air force base outside Washington. 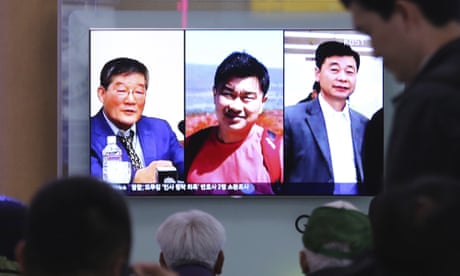 According to The Guardian, the official North Korean media quoted Kim on Wednesday as saying the encounter with Trump “would be a historic meeting” and an “excellent first step toward the promotion of the positive situation development in the Korean peninsula and building a good future”. Kim said he released the three Americans after an “official suggestion” from Trump.

Related articles across the web