You are here: Home / NEWS / Ooni Of Ife Refutes Marriage Scam With US Based Lady who Accused him of leaving her High and Dry

The attention of The Palace Of Ooni Of Ife has been drawn to news of one Elizabeth Odunlami(miss) that was all over the internet earlier this week. Miss Elizabeth claimed to have been jilted by the traditional ruler of Ife, Ooni Adeyeye Enitan Ogunwusi, Ojaja II. To refute this claim, a statement was released from the palace through the Ooni’s Director of Media and Public Affairs. The statement dated October 24, 2018, reads:

While we sympathise with Miss Elizabeth Odunlami(if the identity is real) who obviously has become a victim of a fraudulent act perpetrated by a scammer disguising to be Ooni Ogunwusi, we find it pertinent to debunk this sacrilegious and unfounded allegation which is not unlikely to be another calculated ploy adopted by some unprovoked detractors using psseudo-identities.

Good members of the public especially ladies are hereby cautioned against communicating with anyone presenting himself to be the Ooni Ogunwusi and swiftly report such a matter or person to the relevant security agencies.

The post which got the attention of the palace was uploaded on Facebook shortly after the Oonis wedding to Olori Naomi was announced.
See post below: 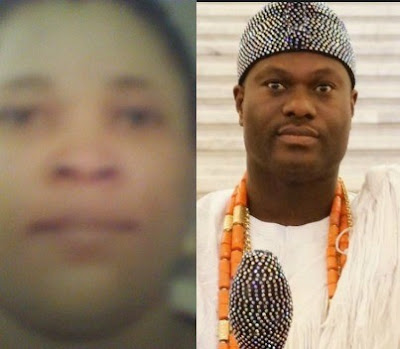 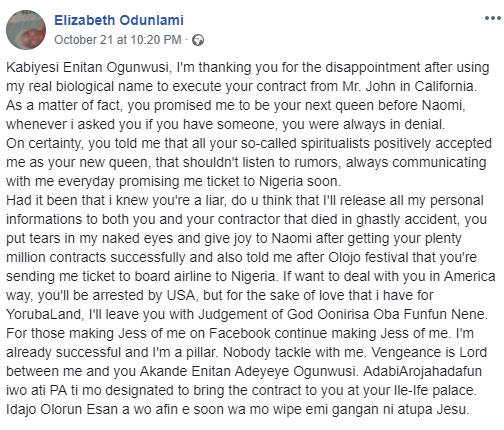