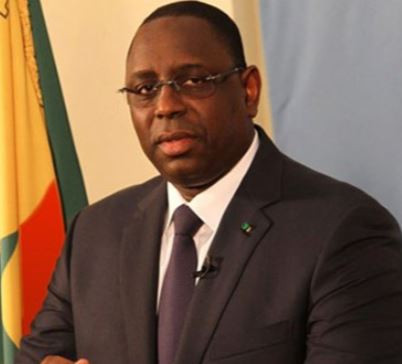 Senegal’s President Macky Sall has won a second term of five years after Sunday’s election where he took 58% of the vote in the poll in which he faced four challengers, but was accused of preventing some of his main rivals from running.

RELATED:   Simi gives an epic reply to follower who said he'll die if she doesn't marry him

Two well-known opposition figures were barred from taking part because of corruption convictions. The opposition candidates have however rejected the results, but say a court challenge would be futile.

Idrissa Seck, a former prime minister who came second with 21% of the votes, discussed the results at his home with the three other opposition candidates. Afterward, he told reporters: “It is clear that the incumbent candidate has confiscated the will of the Senegalese people and will be alone to face the consequences before the people and before history.”

RELATED:   Atiku is ready to debate Buhari on issues of governance

President Sall was first elected in 2012. On the campaign trail, he focused on his record with infrastructure projects. He has portrayed himself as a moderniser who has helped to boost economic growth to more than 6% a year, one of the highest rates in Africa.