You are here: Home / NEWS / Tyson Fury, in a bloody match, defeats Otto Wallin in 12 rounds

British Heavyweight, Tyson Fury, despite being cut in one eye for a majority of the match, held his own, and took down the undefeated Swedish fighter, Otto Wallin in their heavyweight boxing fight Saturday night.

Fury won the 12-round bout against Otto Wallin, 6ft5, in a unanimous decision and with the victory, Fury improves to 29-0-1, including 20 wins by knockout, setting up a mouth watering multi-million dollar rematch fight with Deontay Wilder next. 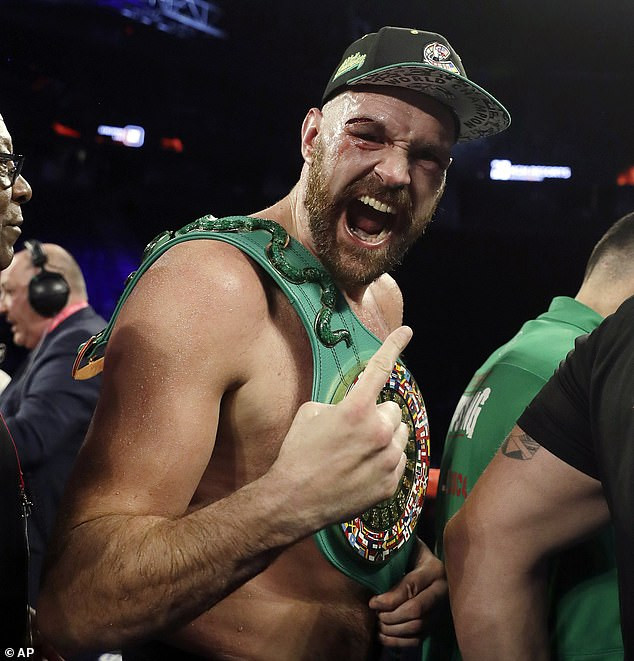 “It was a great fight … For a majority of the fight I couldn’t see out of my left eye,” Fury said to ESPN after the fight.

“That was just what I needed, I will get the eye stitched up and come back ten times stronger. I had one eye from the third round.

RELATED:   Liverpool back to the top as they defeat Chelsea 2 to 0

“There was no sense of panic, I am a Gypsy warrior. Just congratulations to Otto Wallin.

“I enjoyed feeling a bit of blood spilling into my mouth. Now lets just get Deontay Wilder on February 22.”

Wallin said: “I did everything I could, I tried my best and Tyson is a great champion. Nobody can question my heart or question that I’m a good fighter.”

Wallin, who lost for the first time in 21 outings, was seen as an easy night’s work on Fury’s route to a rematch with WBC world heavyweight champion Deontay Wilder but he admitted he tried to hit Fury’s cut “even more” and his come-forward tactics delivered a true scrap.