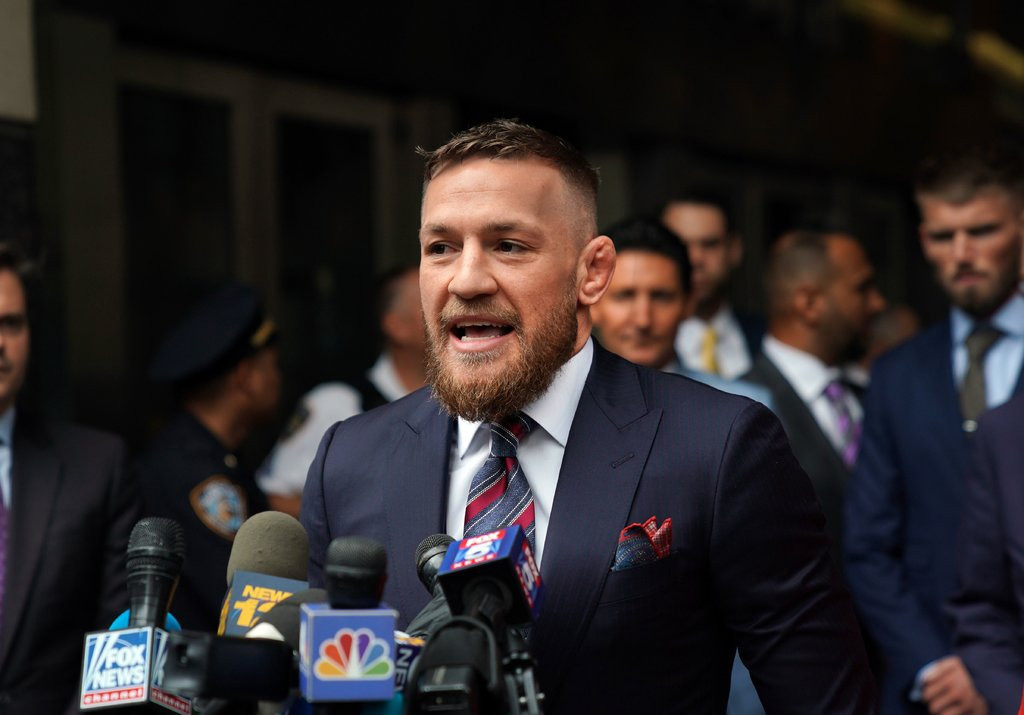 Controversial Irish UFC star, Conor McGregor, who just announced his retirement from the sport yesterday, is reportedly under investigation over sexual assault accusation in Ireland

According to TMZ, the father of two was arrested in January as part of a sexual assault investigation stemming from an alleged incident in Dec. at a hotel in Dublin, Ireland.

McGregor was reportedly released from custody and has not been charged with a crime.

RELATED:   Mr. President is well and is absolutely not in danger - Lai Mohammed

Irish media have been reporting on the case for months without naming McGregor as the suspect because of laws that prevent news outlets from naming rape suspects unless they have been convicted.

The accuser is said to a woman in her 20s who claims she had been hanging with friends in South Dublin before ending up at the Beacon Hotel on Dec. 10th.  After the alleged sexual assault, the woman went to police and filed a report and was then taken to a nearby hospital where she was treated in the Sexual Assault Treatment Unit, according to local reports.

RELATED:   Club 57 Addresses Viral News of Internet Fraudsters Being Arrested in the Club

It was also reported that cops tried to obtain surveillance footage to see if they could place McGregor at the hotel at the time of the alleged incident.

When approached by the media back in December, a police spokesperson said, “[Cops] are investigating an alleged sexual assault on a female which occurred in Dublin 2 in the early hours of this morning, Monday, December 10, 2018.”

RELATED:   Kim Kardashian gets Sued for Intellectual Theft for one of her Recent Perfume Variants, Vibes

“No arrests have been made and investigations are continuing.”