You are here: Home / NEWS / It is despicable to slap women – VP Osinbajo Joins the Conversation 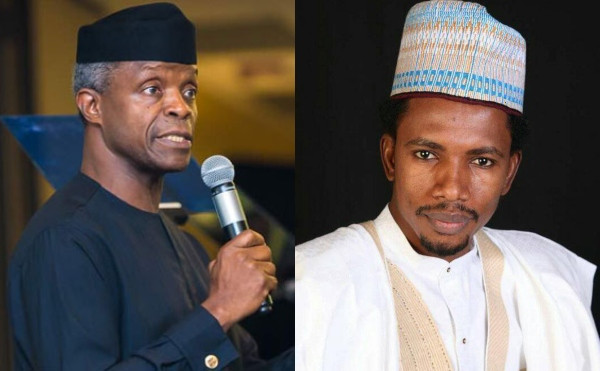 Vice President Yemi Osinbajo in his tribute at the launch of a memoir by Olusegun Osoba, a former governor of Ogun state, on Monday, spoke about how wrong it is for a man to slap a woman.

Recounting how British born Patrick Chadwick was forced to resign after he slapped Adekunbi Adeite, a Nigerian sales girl, at the Kingsway Stores in Lagos, Vice President Yemi Osinbajo condemned and described the act of slapping women as a “despicable business”.

“But his scoops went beyond the political, he exclusively reported the case of British born Patrick Chadwick, who slapped a Nigerian sales girl, Adekunbi Adeite, at the Kingsway Stores in Lagos (this despicable business of slapping women seems to have been around for a while), and how the UAC and some other journalists tried to cover it up. It became a national issue and the UAC eventually punished the culprit and he resigned.”

His speech comes after a video of Nigerian Senator, Elisha Abbo, assaulting a nursing mother at a sex toy shop in Abuja, went viral.