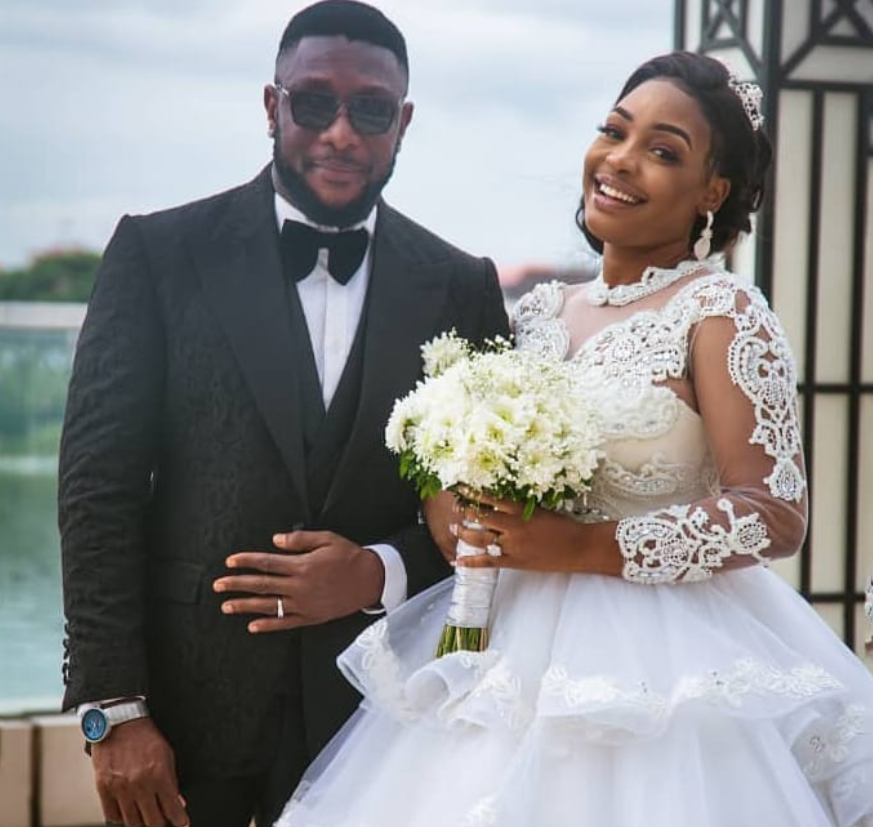 The couple took to social media on Sunday to wish each other a happy anniversary.

Happy Anniversary to US.. I Love you @mrtchidichikere Always and Forever. #Godisgood.  Nuella wrote.

RELATED:   You would not believe how much a Nigerian Police station gets every 3 Months

Tchidi shared a photo from their white wedding with a simple caption that read ” HAPPY ANNIVERSARY, BOO @nuella_njubigbo” 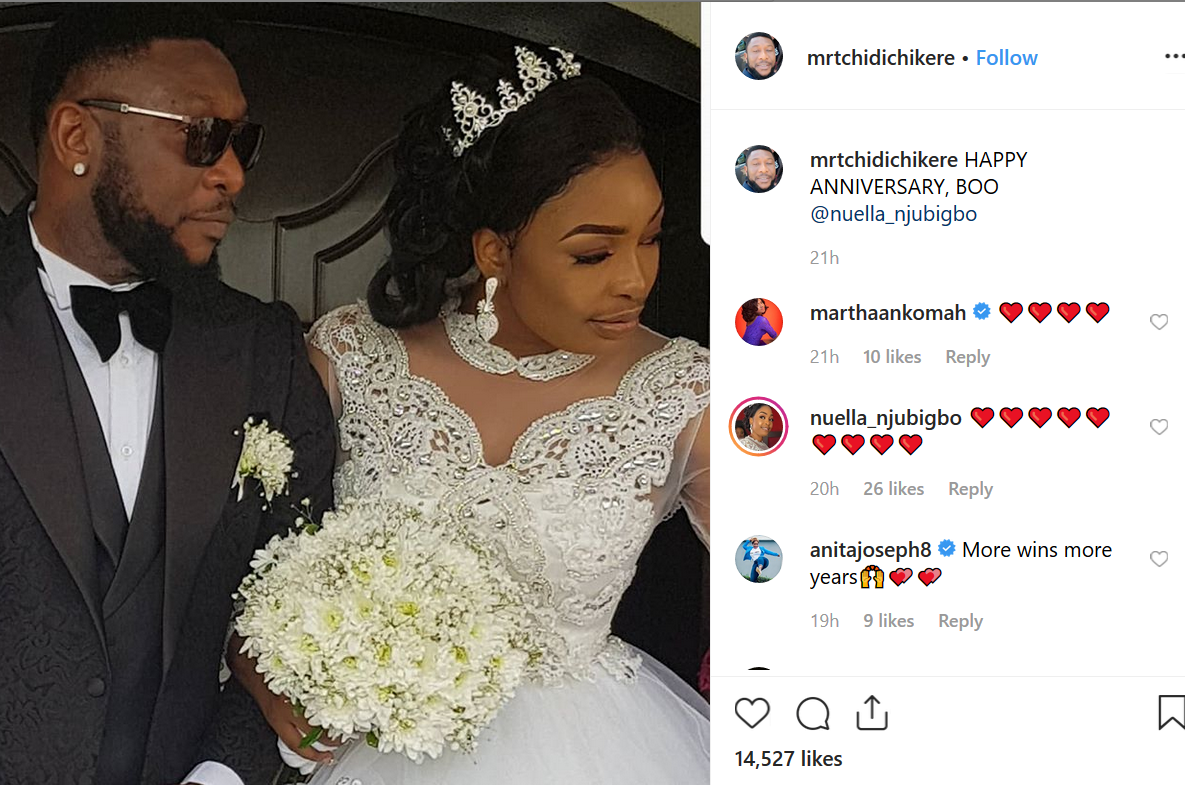 Tchidi and Nuella got married traditionally in 2014 shortly after his divorce from his ex-wife, actress, Sophia. The pair had their white wedding at the Catholic Church of Transfiguration, VGC in June 2018. 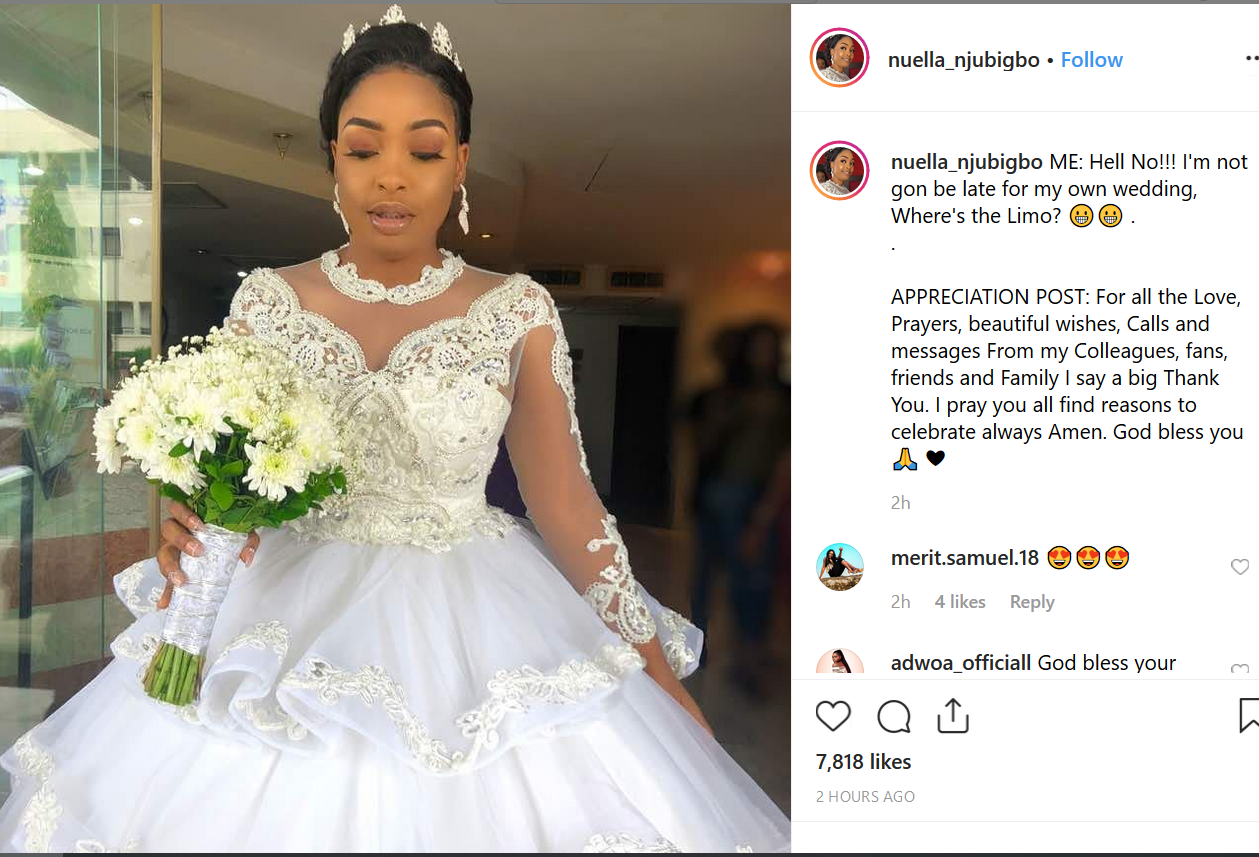