You are here: Home / NEWS / Jamal Khashoggi’s children have received received houses in Saudi Arabia and monthly payments as compensation 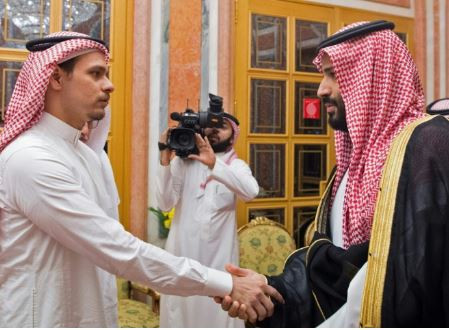 Slain Saudi journalist Jamal Khashoggi’s children have received million-dollar houses in the kingdom and monthly five-figure payments as compensation for the killing of their father, according to current and former Saudi officials as well as people close to the family.

Khashoggi’s two sons and two daughters may also receive much larger payouts possibly tens of millions of dollars apiece as part of “blood money” negotiations that are expected to ensue when the trials of Khashoggi’s accused killers are completed in the coming months.

The previously undisclosed payments are part of an effort by Saudi Arabia to reach a long-term arrangement with Khashoggi family members, aimed in part at ensuring that they continue to show restraint in their public statements about the killing of their father by Saudi operatives in Istanbul six months ago, the officials said.

RELATED:   I’ve had to lower standards for love –Olorisupergal.

The Khashoggi siblings have refrained from any harsh criticism of the kingdom, even as their father’s death provoked global outrage and widespread condemnation of the heir to the Saudi throne, Crown Prince Mohammed bin Salman.